By Guo Yingzhe and Wang Zili 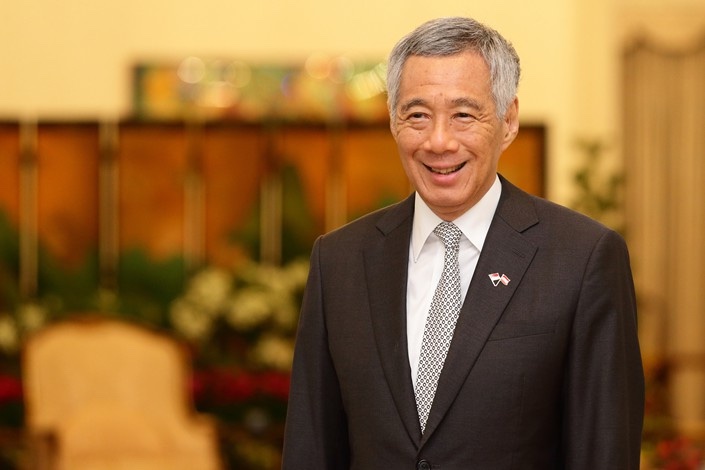 Singapore Prime Minister Lee Hsien Loong sees the entrance of a new U.S. administration as an opportunity for China-U.S. relations to move toward “safer waters,” he said in a speech Friday to the World Economic Forum (WEF).

Now that U.S. President Joe Biden has taken office, world leaders and experts are watching how his China policy differs from his predecessor’s, with many experts predicting the U.S. will continue to be tough on China, though in a more predictable fashion than the Trump administration.

“Amidst President Biden’s many urgent preoccupations, the U.S.-China relationship should become a key strategic priority,” Lee said in the online address to the 2021 WEF Davos Agenda Week in Singapore.

Recognizing the China-U.S. relationship the most important bilateral relationship for the years ahead, Lee said the two countries should reset the tone of their interactions, and avert a clash, which would become a generational twilight struggle.

The international order must be underpinned by stable relations between great powers, Lee said, but recent years have witnessed growing friction and distrust among major powers, rather than cooperation and confidence building, with the most worrying being in U.S.-China relations.

“Over the last four years, tensions between the U.S. and China have intensified sharply. Both powers have adopted more assertive and uncompromising postures. The U.S. now sees China as a strategic rival and challenger to its preeminent position and China is vigorously asserting what it considers its rightful place in the world,” he said. “On both sides, domestic pressures to harden their external positions are considerable, and moderate voices have been marginalized.”

“Big countries naturally jostle and compete with one another for influence and power,” Lee said. “But they also need to work with one another, through established and accepted rules and norms, on issues which affect us all, be it pandemics, economic cooperation, or climate change.”

Early signs from the Biden administration indicate that the U.S. will maintain its tough stance. “We have to start by approaching China from a position of strength, not weakness,” the new U.S. Secretary of State Antony Blinken said at his confirmation hearing earlier this month.

Louis Kuijs, head of Asia economics at research firm Oxford Economics Ltd., said in a Wednesday note that the Biden administration would not significantly change the U.S.’ overall China policy stance on economic issues, trade, and technology any time soon, but would be less aggressive and more predictable in its policy making.