Editorial: Multilateralism Is Not Something You Can Pick and Choose 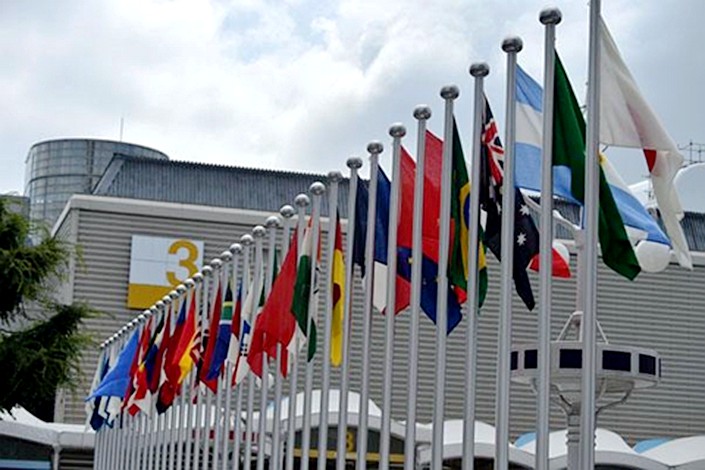 Never before has there been such a dire need for multilateralism. On Jan. 25, Chinese President Xi Jinping delivered a special address at the World Economic Forum Virtual Event of the Davos Agenda, called “Let the Torch of Multilateralism Light Up Humanity’s Way Forward.”

It is imperative to rebuild trust, stimulate economic recovery and foster multilateralism globally. Sudden withdrawal from cooperative relationships and trade frictions have further weighed down a sluggish global economy. Besides, the North-South divide and national-level wealth inequality provide a hotbed for unilateralism.

In the meantime, the human race faces common challenges including climate change, poverty, refugees and public health issues that require concerted, firm actions. The Covid-19 pandemic prompted some encouraging international cooperation, but overall the picture is less than satisfactory. The question is not whether the world needs multilateralism, but how we can get it back on track. The absence of multilateralism has cost humanity dearly. Fortunately, a consensus on the importance of multilateralism is emerging.

What is “selective multilateralism”? President Xi used this term when talking about “championing the international rule of law.” “Principles should be preserved and rules, once made, should be followed by all,” he said. “State-to-state relations should be coordinated and regulated through proper institutions and rules.” More specifically, "The strong should not bully the weak. Decision should not be made by simply showing off strong muscles or waving a big fist. Multilateralism should not be used as pretext for acts of unilateralism."

To counter “selective multilateralism,” we must solve the problem that every country will inherently uphold and maximize its core interests. Admittedly, multilateralism may collide with the interests of a class or an industry in a country. Sometimes, compromises are needed on major issues.

However, multilateralism doesn’t represent a zero-sum game where the interests of one party always come at the cost of another. It is only natural for nations to defend their core interests such as sovereignty and territorial integrity as well as its best interests. How a country carries out multilateralism and how much global responsibility it shoulders depends on its comprehensive strength and will. There is no paradigm to follow. Countries in various phases of development will make different choices.

Nevertheless, globalization means that a holistic approach is needed to weigh the pros and cons as well as the various dimensions of problems. True multilateralism must be in line with the pursuit of a community with a shared future for mankind. Otherwise, humanity cannot overcome the global challenges it faces, such as climate change. And the consequences will be felt by everyone.

The most effective institutions and rules for all countries can be established and followed only if countries hold onto these values. Without shared values as the common ground, multilateralism will dwindle into a game of competing interests. In light of humanity’s intrinsic bounded rationality and opportunism, multilateralism will slip into “selective multilateralism,” a scenario no one wants to see.

Since its reform and opening-up, China has been supporting and practicing multilateralism. The recent signings of the Regional Comprehensive Economic Partnership and EU-China Comprehensive Agreement on Investment are the latest manifestation of China’s stance. In addition, China released a road map to carbon-neutrality in response to climate change. During the Covid-19 pandemic, China is committed to making the vaccine it develops to be an affordable public good. China’s support for multilateralism is increasingly recognized.

Of course, there is room for improvement and misunderstanding about China remains. However, it is against this backdrop that China must play a leading role in promoting multilateralism and gain the trust of the international community with domestic structural reform.

For multilateralism to prevail, cooperation between China and the U.S. is essential. Four years ago at the Davos Agenda, President Xi remarked on how can the world “steer the global economy out of difficulty” and “chart the right course for economic globalization.” Back then, Donald Trump was the newly elected U.S. president. At present, the world is waiting to see how the Biden administration will change U.S. foreign and internal policies. At this point, President Xi’s address at the Davos Agenda is a call for every country to uphold multilateralism. The sincere words struck a sympathetic chord among the like-minded.

Multilateral agencies are the pillars of multilateralism. While international organizations such as the U.N. remain the cornerstone of multilateralism, multilateral institutions are in peril and in urgent need of reform and restoration of their authority. As the catalyst of a multilateral economy and trade, the World Trade Organization (WTO) played a vital role in trade integration and liberation. However, the WTO is also in difficulty and in need of reform, while the normal operation of the WTO Appellate Body should be resumed as soon as possible. Meanwhile, the weak links of the World Health Organization have been exposed due to the pandemic. Multilateral governing bodies from G-7 to G-20 are changing as well. Multilateral governance needs to reflect international trends and listen to the voices of developed and developing countries.

At present, multilateralism faces a rare opportunity to renew itself. Should major countries refuse to step away from the mistrust, the confrontation and the blame game ― claiming that all of the fault lies with the other side, while refusing to make changes of their own ― the prospects for global cooperation will dim. Furthermore, humanity may suffer from misfortunes more devastating than the coronavirus pandemic. The world is bound to return to multilateralism, the cure of its problems, not the cause of them.