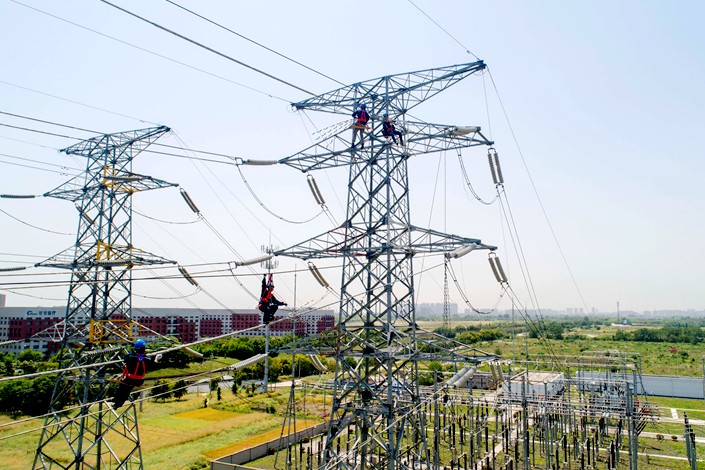 China’s top body of power producers expects electricity consumption to climb by 6% to 7% this year, mostly on a stabilizing domestic economy and strong exports that benefit from a vaccination-driven global economic recovery.

The forecast is supported by signs of progress in China’s macroeconomy, which is expected to operate within “a rational range” this year, the China Electricity Council (CEC) told Caixin after it released yearly projections on Tuesday.

Another major factor underpinning the projection is the recovery in the global economy as virus vaccines hit the market. This would kick off a round of stock replenishments that would help underpin China’s exports, the group told Caixin.

Changes in China’s energy consumption are closely monitored as a gauge of its economic condition. The coronavirus outbreak in early 2020 forced a majority of the nation’s factories to shut for virus precautions, causing power consumption for the first quarter to post a historic 6.5% year-on-year drop.

This dragged down the full year’s consumption growth rate to 3.1%, the lowest annual increase since 2016, according to the National Energy Administration.

As China has pledged to achieve peak carbon emissions before 2030 and carbon neutrality before 2060, the CEC expects that power generators running on non-fossil fuel will make up 47.3% of the overall electricity generators by the end of this year, up by 2.5 percentage points from 2020.

The CEC also warned that power shortage issues could reemerge this year, after spiking heating demand in December led to a power crunch, catching some southern cities off guard and even resulting in limits on residential use of power.

Read more
In Depth: Cover Story: Why the Lights Are Going Out in China

“(We) expect the relationship between the national power supply and demand is generally balanced,” said the report, but added that regional supply at peak hours could be “tight or even tense.”