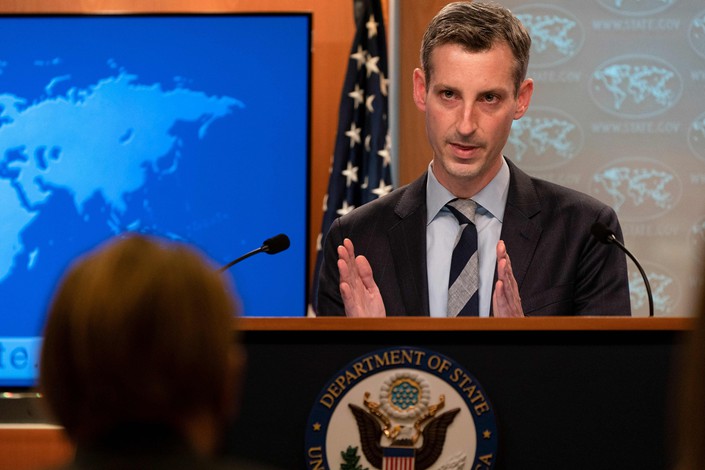 What’s new: The U.S. State Department has reaffirmed its commitment to the “One China” policy, following recent expressions of support by Washington toward Taiwan.

Asked by a reporter Wednesday whether the Biden administration supported the policy, State Department spokesman Ned Price said Washington’s stance had “not changed.”

The department would continue to be “guided by the ‘One China’ policy,” Price added.

The background: The U.S. State Department on Jan. 23 issued a statement urging Beijing to “cease its military, diplomatic, and economic pressure against” the island and “engage in meaningful dialogue with Taiwan’s democratically elected representatives.”

Promising to deepen ties with Taiwan, the statement made no mention of the policy, which holds that there is only one sovereign nation under the name “China.”

Yang Jiechi, a Communist Party Politburo member and foreign affairs director of its Central Committee, told a National Committee on U.S.-China Relations virtual event on Tuesday that Beijing expects Washington to “honor its commitment under the three Sino-U.S. Joint Communiqués” and “strictly abide by the ‘One China’ principle.”