Dajia Must Pay $60 Million Over Nixed Sale of U.S. Hotels 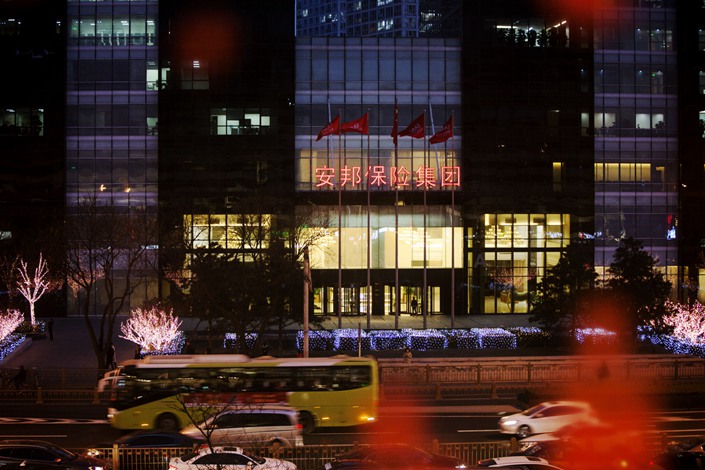 Traffic moves along a road in front of the entrance to the Anbang Financial Center at night in Beijing on Feb. 24, 2018. Photo: Bloomberg

(Bloomberg) — Dajia Insurance was ordered to pay more than $60 million in fees and interest over its failed lawsuit against Mirae, which refused to complete a $5.8 billion purchase of 15 U.S. luxury hotels after the pandemic eroded the value of the assets.

Delaware Chancery Court Judge Travis Laster on Friday ratified his finding in November that executives at Mirae, a South Korean asset manager, properly pulled the plug on the deal with Dajia. Laster concluded the China-based insurer’s response to the Covid-19 outbreak meant it couldn’t meet contract conditions for closing the hotel sale.

As part of the ruling, Laster found Dajia must pay $33.5 million to cover Mirae’s legal fees, $3.6 million in costs of setting up the deal, and $23.4 million in pre-judgment interest, according to the six-page ruling. To appeal, Dajia must post an $86.4 million bond. The judge also forced the Chinese company to return a $581 million deposit.

The buyout was among almost a dozen legal disputes over major transactions that fell apart as the global pandemic spread and governments issued lockdown orders that forced all kinds of business to close temporarily. While such cases were filed in several states, a half dozen were before Delaware judges at one point.

Representatives of Mirae noted that Laster agreed Dajia doesn’t have to pay until an expected appeal is ruled upon. “Mirae is prepared to respond to any appeal by the sellers and expects the court’s judgment to be upheld,” company officials said in an emailed statement.

In addition to the dispute over how Covid impacted the assets, the Dajia-Mirae case gained notoriety after reports surfaced that a group — led by a shadowy figure by the name Andy Bang — sought to lay legal claim to several California hotels involved in the deal.

Dajia’s lawyers succeeded in preventing the transfer of the hotels’ legal titles to several Delaware-based shell companies with links to the former chief executive officer of Dajia’s predecessor company -- now jailed in China on fraud and embezzlement charges. But Laster concluded that the title-transfer flap caused Dajia to have problems securing title insurance for the properties as part of the sale.