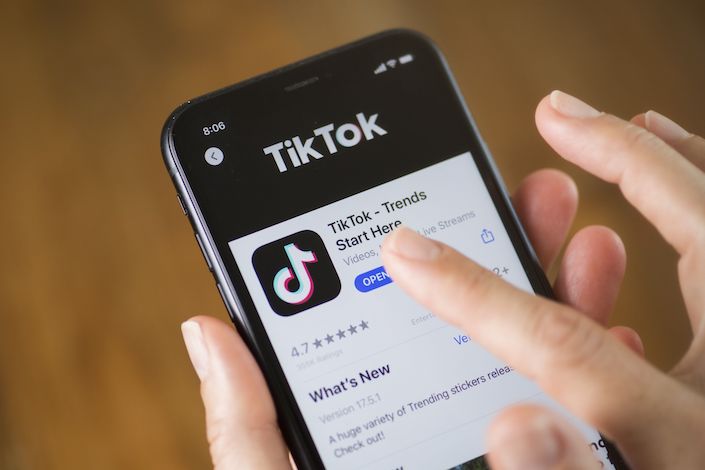 (Bloomberg) — The Biden administration signaled it would slow down an effort to force TikTok to unwind its U.S. operations, asking a federal judge on Wednesday to pause a lawsuit over former President Donald Trump’s ban of the popular video app while the new White House reviews its predecessor’s policies.

The White House said TikTok, owned by China-based ByteDance Ltd., is part of a wide-ranging examination of the government’s posture toward Beijing, including how to guard against risks to Americans’ online data.

Those risks, White House Press Secretary Jen Psaki said, will be addressed “in a decisive and effective fashion,” though no action is imminent. “It’s a broad review that’s expanded beyond TikTok,” Psaki told reporters in a briefing at the White House.

The developments show that the forced sale of TikTok — a drama that unfolded through Trump’s final year in office — is far down President Joe Biden’s list of priorities, even as the company remains in discussion with regulators. The new president has dedicated much of his time to domestic issues, including passing another round of virus relief and a separate package to boost the pandemic-battered U.S. economy.

In addition to TikTok, The Biden administration has put a number of Trump’s other national security priorities related to China under review, including trade tariffs and the delisting of some Chinese companies from U.S. stock markets. The administration is in the process of determining which China matters need to be addressed immediately, according to people familiar with the matter.

The TikTok sale also doesn’t appear to be a priority for the group of U.S. companies involved in the Trump-era deal to purchase Bytedance’s American operations, which include Oracle Corp. and Walmart Inc. The issue didn’t come up during a more than 90-minute meeting in the Oval Office on Tuesday between Biden, Walmart Chief Executive Officer Doug McMillon and other business leaders, according to three people familiar with the conversation.

Talks between ByteDance and the U.S. government, however, have continued behind the scenes.

ByteDance representatives are speaking with the Committee on Foreign Investment in the U.S., or CFIUS, over security guarantees surrounding the company’s data, concerns about its source code and other matters related to TikTok’s operations in the U.S, according to the people familiar with the matter, who asked not to be identified discussing private deliberations. A ByteDance spokesman declined to comment.

The effort is aimed at ensuring that TikTok never again has to weather the scenario last fall when Trump sought to ban the app. Trump’s action was widely seen as politically motivated, linked to his hard-line approach to China.

Former Treasury Secretary Steven Mnuchin oversaw an agreement under which ByteDance would sell its American assets to the Oracle-led group, but the sale has been delayed after the Chinese company scored a series of legal victories.

As those discussions continue, the Biden administration asked a federal judge in Washington on Wednesday to put on hold the litigation over a ban on TikTok that began during the Trump administration.

The government “plans to conduct an evaluation of the underlying record justifying those prohibitions,” the Biden administration said in a court filing. “A review of the prohibitions at issue here may narrow the issues presented or eliminate the need for this Court’s review entirely.”

Citing U.S. national security concerns, the Trump administration ordered in August that the popular video-sharing app be sold to an American firm or face a ban in the U.S.

The Trump administration argued that Americans’ private data gathered through the app — which has been downloaded more than 100 million times in the U.S. — could be siphoned off to the authoritarian regime in China, something TikTok has said it would never do.

TikTok has filed multiple legal challenges against the government’s effort to ban its app, and several judges blocked the ban from taking effect.

Trump gave his blessing in mid-September to a preliminary plan in which ByteDance would sell part of TikTok to Oracle, Walmart and U.S. investors Sequoia Capital, KKR & Co. and General Atlantic, creating a new independent company called TikTok Global.

But that deal, quickly overshadowed by the U.S. election and rising Covid-19 cases, was never finalized. The Trump administration largely stopped responding to efforts by all sides to complete the deal.