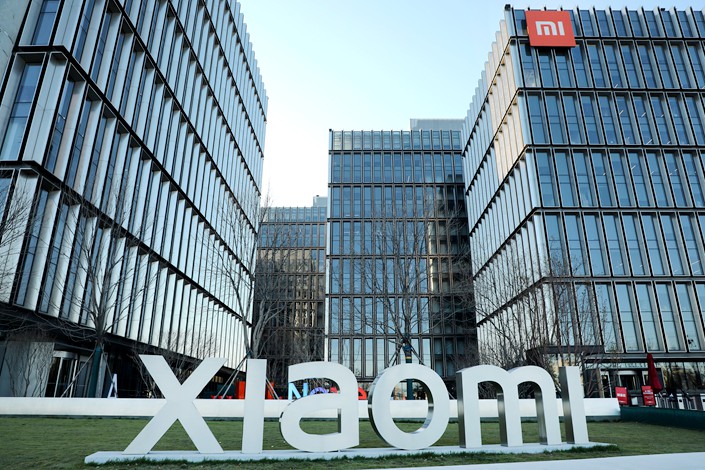 Smartphone-maker Xiaomi Corp. is the latest major Chinese tech firm to turn to American courts to challenge actions against them by former U.S. President Donald Trump, suing to block an order banning U.S. investors from buying its stock.

Trump issued an executive order in November stating that U.S. investors would be barred from trading in companies with ties to China’s military, designated as “Communist Chinese military companies.”

The U.S. Defense Department maintained a list of companies it believed had such ties, and added Xiaomi to those on Jan. 14 in the final weeks of the Trump administration. In its lawsuit filed to the U.S. District Court for the District of Columbia last Friday, Xiaomi argued the U.S government gave no evidence to back up such claims.

“The Department of Defense… did not provide any explanation for its decision to designate Xiaomi as a (Communist Chinese military company), let alone identify the factual basis on which the designation was based,” Xiaomi said in the lawsuit. “Nor has the agency otherwise provided Xiaomi with this information, or any opportunity to explain why the designation was erroneous.”

Xiaomi announced the lawsuit in a Sunday filing to the Hong Kong Stock Exchange.

The company’s Hong Kong-listed shares tumbled more than 10% on the first trading day after its name appeared on the Defense Department’s list last month.

At the time, Xiaomi put out a statement saying “it is not owned, controlled or affiliated with the Chinese military, and is not a ‘Communist Chinese Military Company’” as defined under the National Defense Authorization Act, an annual U.S. defense appropriations bill.

In its new lawsuit, Xiaomi reiterated that it was private company that was in no way beholden to the Chinese military, seeking to differentiate itself from many other companies on the Defense Department’s list that are big state-run enterprises. Xiaomi said its inclusion on the Defense Department’s list “runs counter to any accurate evidence that was before the agencies.”

The company’s latest annual report for 2019 showed that two of its co-founders, Chairman Lei Jun and Vice Chairman Lin Bin, controlled 50.8% and 28.4% of the company’s voting rights, respectively.

Xiaomi argued the Trump administration’s action, set to take effect March 15, would cause it “immediate and irreparable harm” by cutting the company off from U.S. capital markets and interfering with its business relationships and requested declaratory and injunctive relief to permanently enjoin the U.S. government from designating it a Communist Chinese military company.

While the lawsuit was aimed at actions taken during the Trump administration, it named several top officials from the new administration of President Joe Biden as defendants. They included Treasury Secretary Janet Yellen, as well as Defense Department Secretary Lloyd J. Austin III.

Biden has not yet indicated how he plans to proceed with the many Trump-era prohibitions, including whether he would extend them, roll them back or preserve the status quo. Analysts believe he is unlikely to move quickly in that regard, but that he could ultimately decide on a more targeted strategy with a broader theme of “managed interdependence” between the U.S. and China.

In Depth: As Biden Rolls Back Trump Legacy, Chinese Firms Remain Shut Out

The Trump administration had targeted a wide range of Chinese companies in its bid to thwart the nation’s technology ambitions. A key strategy targeted companies like Xiaomi by aiming for their financial lifelines, cutting them off from U.S. capital markets by barring Americans from investing in companies allegedly connected to the Chinese military.

Another strategy targeted companies like telecoms giant Huawei Technologies Co. Ltd. by placing them on an “entity list” that cut off access to their U.S. technology suppliers unless those partners got special government licenses. A smaller group of targets were simply banned from operating in the United States due to national security concerns, with short-video app TikTok and the popular WeChat instant messaging app the most notable members of this group.

Xiaomi is the latest company targeted by the former Trump administration to look to the U.S. court system to stop actions that say are illegal and unjustified under U.S. law. Mostly private companies have taken such actions to date, including Tencent Holdings Ltd.-backed WeChat, TikTok and Huawei.

A panel of judges on the U.S. appeals court in Washington signaled skepticism in mid-December over the Trump administration’s continuing efforts to ban new TikTok downloads. In January, the U.S. Court of Appeals in San Francisco signaled it was also largely skeptical of efforts to overturn the decision of a federal magistrate judge, who last year granted a preliminary injunction to WeChat users in the United States, ruling that the government restrictions amounted to an outright ban, violating their right of free speech.

China’s three major wireless carriers, which are all state-owned, have also been slated for bans under the same action that now threatens Xiaomi. In that instance, all three have appealed a decision by the New York Stock Exchange to delist their shares, with hearings set for mid-April.