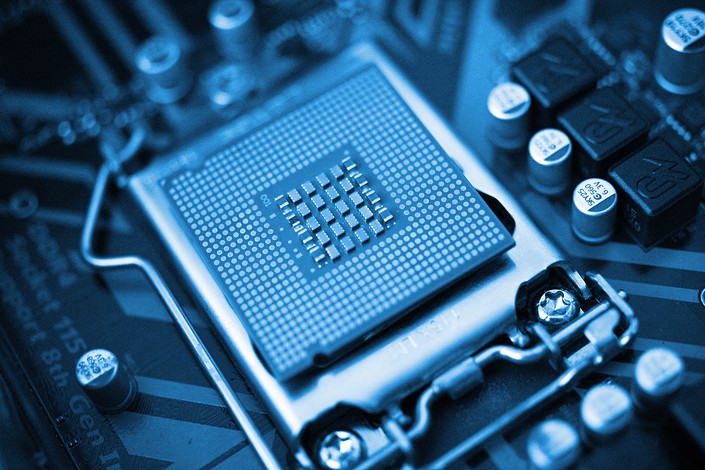 A major U.S. semiconductor industry association has called on U.S. President Joe Biden to reconsider the many restrictions imposed on the sector’s exports to China under his predecessor.

U.S. makers of chips and other high-tech products have complained that the Trump policy, which bans them from selling to many Chinese tech firms without a special license from Washington, puts them at a disadvantage to peers from other developed markets that don’t require such permission.

The Trump administration began rolling out such bans nearly two years ago when it first put smartphone giant Huawei on an “entity list” that required the company to get special permission when buying U.S. products. After that, it imposed a steady stream of similar bans on a wide range of Chinese companies, from surveillance equipment maker Hikvision and leading Chinese chipmaker SMIC, to its most recent move earlier this month against smartphone maker Xiaomi.

In its letter to Biden, dated on Monday, the organization SEMI pointed out that export controls like the ones used by Trump are “powerful national security tools,” referring to the given reasons for most of Trump’s actions. But it pointed out that unilateral use of such measures will ultimately weaken the competitiveness of U.S. companies that can no longer sell their most cutting-edge products to China, which is one of their biggest customers.

It added that a multilateral approach would be more effective.

“SEMI has consistently maintained that multilateral controls — where items of concern are controlled by all major producing nations — create a level playing field, maximize effectiveness, and minimize harm to U.S. national security and economic competitiveness,” the organization said in the letter signed by SEMI President Ajit Manocha. “Unilateral U.S. controls over items for which there are comparable non-U.S.-origin items are generally ineffective in supporting national security goals and are likely to erode any technological advantages enjoyed by U.S.-origin items.”

The letter said that such unilateral export controls have tended to harm U.S. interests in the past, pointing to U.S. limits on the export of commercial satellite technology under International Traffic in Arms Regulations (ITAR).

“Over time, unilateral controls will stifle innovation in the U.S. by reducing the financial resources U.S. exporters need to perform R&D and maintain our technological competitiveness and/or by forcing companies to shift production and R&D outside the United States,” SEMI said. “In addition, as U.S.-origin items are removed from the global supply chain, the U.S. government’s visibility into the technological prowess and roadmaps of global producers is reduced.”

Analysts said the Biden administration could ultimately rethink the Trump administration’s strategy, though such a move may not come soon.

“I don’t think there will be any immediate change under Biden,” said Sheng Linghai, a semiconductor analyst at Gartner. “First Biden needs to stabilize the situation in the U.S., unite its allies, and then see how to establish a new relationship with China. Especially since the U.S. is printing trillions of dollars (in economic stimulus) due to the epidemic, it needs China to share the risk. But it is unlikely to do so soon, as the political mood at home remains ‘Trumpist.’”

Sheng predicted that Biden was unlikely to make any policy changes on the matter this year.

Steven Weber, a political science professor at the University of California, Berkeley, said the Trump sanctions in their current form could ultimately backfire by “forcing China onto a higher level of technological autonomy,” and added Biden was likely to review the policy at some point. He said that in some areas, particularly chips, Biden could well switch gears and lower many of the Trump-era prohibitions in favor of a strategy of a “managed form of interdependence.”

“To me, chip-making equipment … can be managed as a healthy competition, as both countries need to upgrade their capacities,” he said.