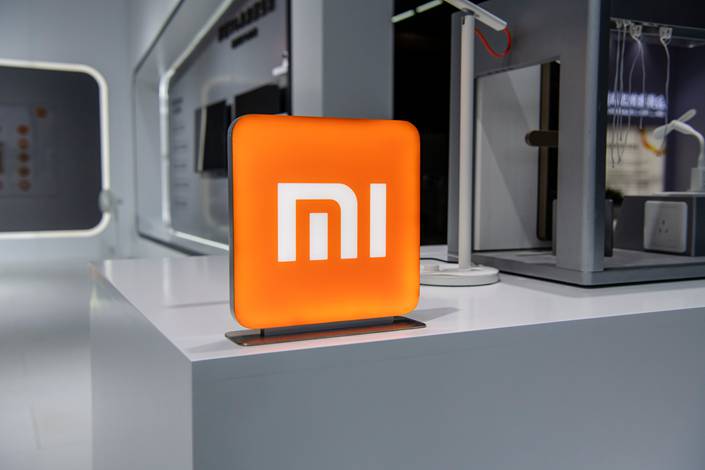 Xiaomi was among nine companies added to a U.S. Defense Department blacklist of companies with alleged links to the country’s military on Thursday.

Shares of smartphone-maker Xiaomi Corp. closed down more than 10% in Hong Kong on Friday as the company became the latest Chinese tech firm caught up in the Trump administration’s efforts to undercut the sector’s expansion.

China’s answer to Apple Inc. was among nine companies added to a U.S. Defense Department blacklist of companies with alleged links to the country’s military on Thursday, alongside national aviation champion Commercial Aircraft Corp of China Ltd.

The surprise move means the clock is now ticking for Americans to divest from the company, which benefited from U.S. sanctions against its rival Huawei Technologies Co. Ltd. and became the world’s No. 3 smartphone-maker in the third quarter of last year.

Unlike with Huawei, the Trump administration has so far held off adding Xiaomi to the feared “entity list” maintained by the Department of Commerce, which has the power to cripple firms’ supply chains by banning Americans from trading with them and exporting them vital technologies such as high-tech microprocessors.

Xiaomi denied that it had military links in a statement to the Hong Kong bourse on Friday, saying it provides products and services for civilian and commercial use. “The Company confirms that it is not owned, controlled or affiliated with the Chinese military, and is not a ‘Communist Chinese Military Company’ defined under the NDAA.”

The NDAA refers to the annual National Defense Authorization Act, an annual U.S. defense appropriations bill. Specifically, the version passed by the Clinton administration in 1998 added a requirement that the Department of Defense maintain a list of “Communist Chinese military companies” operating in the United States.

The list was supposed to be published annually, according to a November legal note from Arent Fox LLP, but the department ignored the requirement until last year after a bipartisan push to trigger the provision.

The Pentagon added the first tranche of 31 companies — including Huawei, surveillance-gear maker Hikvision Digital Technology Co. Ltd., and a litany of aerospace and telecom firms — in August. It has added more since, including top chipmaker Semiconductor Manufacturing International Corp. and oil giant CNOOC Ltd. in December.

The NDAA defines “Communist Chinese military companies” as being owned or controlled by the People’s Liberation Army, or “engaged in providing (it) commercial services, manufacturing, producing or exporting.”

The ban prevents U.S. government agencies from making contracts with blacklisted companies, and may also “effectively paint a congressional bullseye” on them, according to Arent Fox.

A Nov. 12 executive order from U.S. President Donald Trump banned Americans from trading shares in a company from 60 days after it is placed on the list. It also prohibits the company’s securities from being traded on U.S. bourses after 365 days.

Xiaomi said it was reviewing the potential consequences of the blacklisting, and would take measures to ensure shareholders’ rights and interests.

The ban comes amid a flurry of measures against Chinese firms released in the dying days of the Trump administration, which has prompted money managers to sell their stakes in Chinese firms and sparked confusion about who needs to delist from U.S. bourses.

Xiaomi was co-founded by billionaire entrepreneur Lei Jun about 10 years ago, with U.S. chipmaker Qualcomm Inc. as one of the earliest investors. It’s since expanded well beyond China’s borders, particularly into Europe and India, becoming one of the country’s more recognizable global brands.

It surpassed Apple in global smartphone sales in the third quarter, trailing only Samsung Electronic Co. Ltd. and Huawei, according to the International Data Corp. (IDC), and joined Hong Kong’s benchmark Hang Seng Index in September.

IDC analyst Will Wong said the blacklisting was a surprise because of Xiaomi’s clear consumer focus.

Even though it does not target the firm’s supply chain, he said it will have investors wondering whether Xiaomi will soon face the same supply-disrupting sanctions as Huawei.

“The risk still exists and anything could happen in the next five days before President-elect Joe Biden takes office,” he said.

It showed “China’s tech industry players will need to get themselves prepared, as it’s still unclear how the Biden administration will handle this,” Wong said, though he suspects the new administration could ease off a little in the near term.

The blacklisting could also have an unexpected benefit, Wong said, allowing Xiaomi to “leverage nationalistic sentiment to further promote its brand in China,” which he said had been an effective strategy for Huawei.

The surprise U.S. move also erased $3.6 billion from the personal wealth of co-founder Lei Jun as shares in the company dipped as much as 13%, according to a Bloomberg tracker of billionaire wealth. Vice Chairman Lin Bin lost $1.7 billion, according to the tracker.

Company executives may have been taken off guard by the announcement. As late as December, Xiaomi President Wang Xiang told Caixin he was confident the U.S. would not target his company in the way it did Huawei, because his firm was an international tech startup with engineers all over the world, and publicly traded company.

“We are a very global and open company, so I don’t worry too much,” Wang said.

He Shujing and Bloomberg contributed reporting.