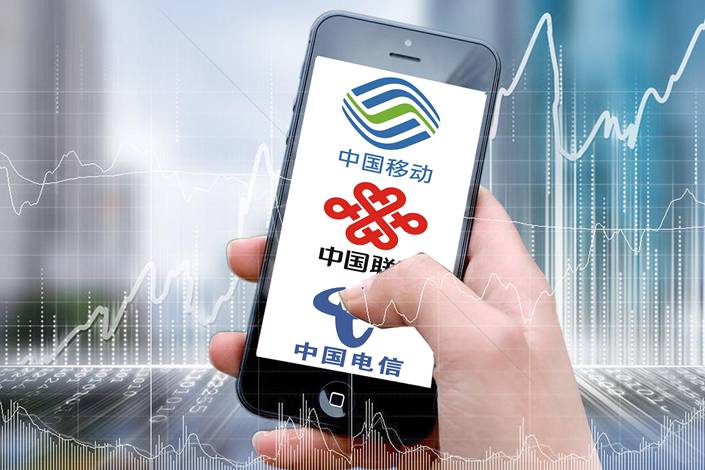 The companies, which often act in such unison due to their status as state-owned enterprises, all said they filed written requests to the New York Stock Exchange on Wednesday seeking a review of the delisting plan.

China’s three major wireless carriers on Thursday petitioned the New York Stock Exchange to reverse its decision to delist them, hours after the departure from the White House of Donald Trump, whose earlier order paved the way for the delisting.

China Mobile Ltd., China Unicom (Hong Kong) Ltd. and China Telecom Corp. Ltd. issued their appeals in similarly worded statements to the Hong Kong Stock Exchange, where they are also listed, before the Thursday trading day began. Shares of all three companies fell sharply early in the trading day in Hong Kong before paring those losses later. China Mobile closed down a modest 0.1%, while Unicom and China Telecom fell 1.8% and 1.7%, respectively.

The announcements came just hours after Joe Biden was sworn in as the new president of the United States. Some observers believe Biden may take a more targeted approach toward restrictions on Chinese technology companies compared with a broader strategy by the former Donald Trump administration. That previous strategy saw a wide range of Chinese companies hit with everything from losing access to their U.S. suppliers to investment bans like the one threatening to result in the three carriers’ delisting.

Shares of the three companies have been volatile since mid-November when Trump signed an executive order prohibiting U.S. entities from investing in companies believed by Washington to have ties to the Chinese military. Such a move effectively prohibited U.S. funds and individual investors from buying stocks in any such Chinese companies.

That action led many global index compilers to dump Chinese stocks on the list from their indexes, since such stocks were no longer eligible for investment by U.S. investors.

The New York Stock Exchange first announced plans to delist the three carriers at the end of last year, believing it was obligated to do so under the Trump order. It then reversed its decision, only to reinstate the original delisting plan in early January. New York-listed shares of all three companies have been suspended since Jan. 11, though the trio have continued to trade in Hong Kong.

The companies, which often act in such unison due to their status as state-owned enterprises, all said they filed written requests to the New York Stock Exchange on Wednesday seeking a review of the delisting plan. They noted that according to listing rules, such a hearing should be granted within 25 business days of the request.

“Since its listing in 2000, the company has complied strictly with the laws and regulations, market rules as well as regulatory requirements of its listing venues, and has been operating in accordance with laws and regulations,” China Unicom said in its statement. “The company will continue to pay close attention to the development of related matters and also seek professional advice and reserve all rights to protect the legitimate interests of the company.”

The Trump administration took a particularly hard line against telecoms-related Chinese companies, believing they posed some of the greatest threats to national security due to their potential to be used for spying. In addition to carriers, the Trump administration also targeted makers of telecoms hardware, most notably Huawei Technologies, and most recently smartphone-maker Xiaomi.

The New York Stock Exchange’s action was just one of several by Trump’s administration against the Chinese carriers. In December, the U.S. telecoms regulator commenced a proceeding asking whether to end China Telecom’s permission to operate in the U.S. The Federal Communications Commission (FCC) also barred China Mobile from the U.S. market in 2019.