In Depth: Hundreds of Chinese Patients Died in ‘Redundant’ Trials of Proven Drugs

By Flynn Murphy and Wang Zhuoqing 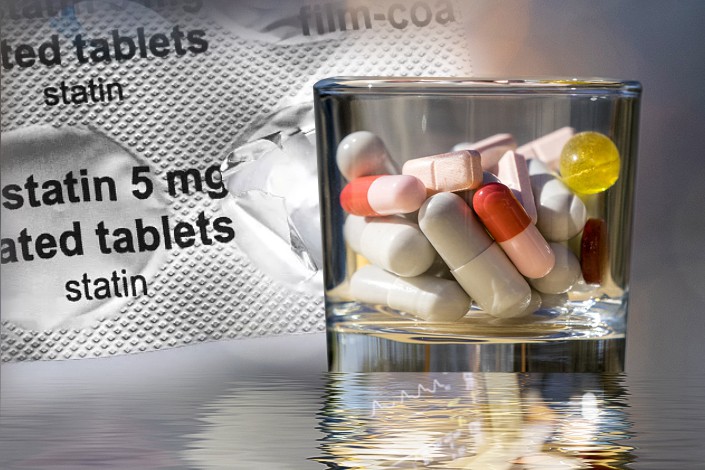 Researchers at Johns Hopkins University say "redundant" Chinese clinical trials on the use of statins, a frontline treatment for coronary heart disease, caused hundreds of avoidable deaths in the 11 years to 2019.

The figures — from experiments that ran from 2008 to 2019 — emerged in a review of “redundant” Chinese placebo-controlled trials on statins, a class of drugs used around the world for more than 30 years to lower cholesterol, by a team at Johns Hopkins University.

Their findings were published this month in The BMJ, a peer-reviewed British journal.

The team said the number of redundant trials they uncovered meant “urgent reform” was needed to protect Chinese patients. The review also found that few of the examined studies reported ethics approval or their funding sources.

The Chinese Medical Association has “strongly recommended” statins for treating the kinds of heart disease caused by cholesterol-clogged arteries — specifically angina pectoris and acute coronary syndrome — since publishing guidelines on their use in 2007. The guidelines came on the back of overwhelming Chinese and international evidence for their use.

But when the Johns Hopkins team reviewed Chinese statin trials published on research databases in and outside the country, they found more than 2,000 randomized trials that had started, or continued to recruit test subjects, from 2008 all the way up to 2018.

The trials involved a total of 207,317 heart disease patients, with more than 101,486 sorted into placebo control groups, meaning they had missed out on the potentially life-saving medicine, the team wrote.

That was a clear violation of medical ethics, they wrote, because of the weight of existing evidence and because there were other proven treatments the control groups could have been given.

The researchers said 375 Chinese statin trials that had been published before the Chinese Medical Association released its guidelines, all of which concluded statins were safe and effective for patients with coronary artery disease.

Of the total 2,577 trials examined by the team, only four did not reach that conclusion.

The researchers then turned their attention to “major adverse cardiac events” or MACEs, which might have been suffered by patients’ whose conditions went untreated, by working backward from what the 2,045 post-guideline trials concluded about the risks and benefits of statin treatment.

They estimated that of the trials that did give details about MACEs — 17.6% or 360 in total — there were nearly 3,500 excess adverse events among placebo patients that might have been avoided with treatment, including 559 deaths, 973 heart attacks and 161 strokes.

Yuanxi Jia, the lead author of the study, told Caixin it was “very likely” that the actual number of extra deaths and other MACEs in the studies they examined was higher than their calculation. He stressed they were unable to say for sure if MACEs occurred in trials that did not provide details about them. However, their paper said it would be “inappropriate” to extrapolate these numbers onto the wider cohort.

China’s guidelines on the use of statins match others around the world. Although questions have emerged about their benefits and risks for some categories of patients, and experts have debated whether they are overprescribed in some countries, the best medical evidence shows they are broadly safe and effective.

Coronary artery disease, which includes angina and acute coronary syndrome, is caused by a narrowing of the arteries that supply blood to the heart, explained Bruce Neal, a physician and professor of medicine specializing in heart disease at Australia’s University of New South Wales. It is the main cause of heart attacks.

Statins lower the amount of bad cholesterol in the bloodstream, which would otherwise collect as plaques inside coronary arteries, thickening and narrowing them. The drugs can also stabilize deposits of plaque to prevent them rupturing, Neal said.

Beyond the question of whether they were redundant, researchers identified many issues with the post-guideline trials. Only 13%, or 265 in total, reported approval from an ethics committee.

Neal said just because many of the trials didn’t report ethics approval did not mean they failed to obtain it. But he said the investigators would have had to make a very strong case for the use of placebos rather than other treatments, given what has already been shown about the safety and effectiveness of statins and the risk of heart attacks and death in the patient group.

It was not clear why so many papers did not report ethics approval, and whether this reflected suboptimal reporting, or whether the papers actually bypassed or were rejected by ethics committees, said lead author Jia. Under Chinese medical trial guidelines any research involving humans is supposed to be reviewed and approved by an institution’s ethics committee before it is conducted.

“We are worried about the ethical foundations of clinical research in China,” Jia said. “On the one hand, for those (trials) that received ethics committee approval, the committee failed to protect patients from enrolling in redundant studies; on the other hand, we are very concerned over the possibility that some (trials) may have been able to bypass the ethics committee.”

Meanwhile, only 85 trials reported their sources of funding, which was mainly from government agencies. China-focused medical sociologist Jane Brophy said this was concerning. “The rate of non-disclosure of funding for trials warrants further questions about the role of pharmaceutical commercial interests and its impact on patient safety.”

“In academic and scientific research all over the world, there is an incredible pressure to publish research in journals as a metric of research success,” Brophy said. “At times, this can lead to an emphasis on quantity over quality and can be further complicated by commercial pressures.

“This is not unique to China. However, while China has excelled in rapidly expanding its biomedical research capacity in recent decades, institutional or private-sector bioethical oversight has not been implemented at the same pace.”

It was also unclear how many more statin trials may have been conducted but never published, the Johns Hopkins team said. Furthermore, their research excluded trials that were not clearly labeled as randomized controlled trials, but there were “likely many non-randomized clinical trials that also assigned participants to statins or placebo.”

As for the appeal of placebo controlled trials, corresponding author professor Karen A. Robinson, who helped design the study, told Caixin understanding the motivations would require a different kind of study. “We could speculate that cost and convenience or ease may have played a part, but that would only be speculation.”

The vast majority of the redundant trials were published in Chinese journals and could only be found in Chinese databases such as the China Biomedical Document Service System, CNKI, Wanfang Database and Weipu.com. Only 16 were available in English on PubMed, one of the largest global research databases.

The study’s lead author Jia, who was one of two Chinese researchers who conceived it, said he had originally planned to look at domestic Chinese randomized controlled trials more generally.

“I wanted to examine their characteristics, quality, and problems,” Jia told Caixin. “But when I was screening those (trials), I realized many of them might be redundant. The redundancy is not limited to statins or coronary artery disease, but seems prevailing over many interventions and disease conditions.”

Jia, who is a postdoctoral fellow at Johns Hopkins School of Medicine, said he chose statins as a microcosm of the broader issue. “It's not clear how serious the problem of redundant (trials) in China might really be.”

What’s also unclear is whether any of the studies the team looked at were fake, or whether widespread fraud was taking place.

“The occurrence of redundant (trials) involves multiple stakeholders, including the (reward) system, researchers, journals, ethics committees, funders, and even government supervisors,” he said.

“We conducted the study to reveal the problem and spark discussions among the stakeholders,” he said.

Jia said essay mills and research misconduct could be among the reasons why so many unnecessary trials were published, but they had no concrete evidence to prove it. “As reviewers without access to the original data, our ability to detect faked or fraudulent papers is limited.”

But some of the papers were suspicious, he said. “Some (papers) share the same wording, style and even some of the same results.”