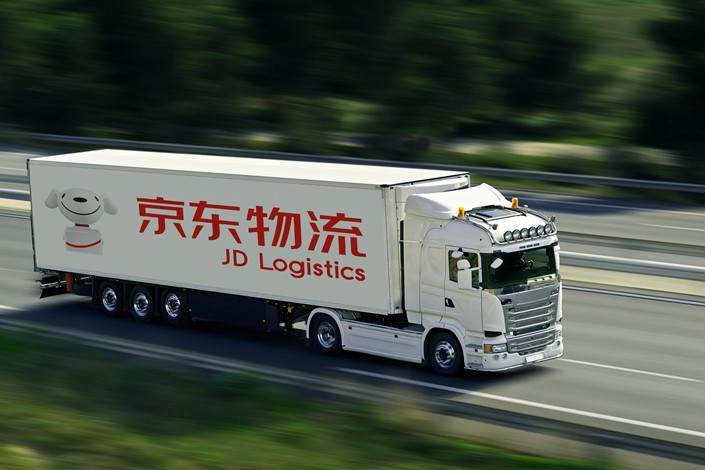 JD Logistics Inc., the logistics arm of Chinese e-commerce giant JD.com Inc., is on track to become JD.com’s third publicly-traded unit, despite bleeding money since it began operating 13 years ago.

The logistics service provider on Tuesday filed a prospectus for an initial public offering in Hong Kong, after several rounds of financing valued it at $13.9 billion. The prospectus didn’t specify the amount of money it will seek to raise.

Due in part to the company’s structure and despite the backing of its parent, JD Logistics hasn’t been able to report a profit for years. Established in 2007 as an internal department of JD.com and its subsidiaries, JD Logistics operated solely for its parent company for 10 years.

Under significant financial pressure to maintain its services, it became a stand-alone entity in April 2017 and started working for external businesses to increase orders. In Oct. 2018, it started to provide delivery services for non-business customers.

But as a late comer in China’s cutthroat logistics market, there was no U-turn in its financial performance in 2018, with rivals like SF Holding Co. Ltd. and ZTO Express Co. Ltd. dominating market share.

Based on the new prospectus and previous comments from JD.com’s founder Richard Liu, the logistics unit is never thought to have turned a profit.

Liu, who is also CEO and chairman of the company, wrote in an internal email to the logistics subsidiary in mid-2019 that 2018, in which it lost 2.8 billion yuan, was the 12th year it had bled money since its establishment.

“External orders were just a few, and the costs at the company were too high,” Liu said in the email, adding that financing could only support JD Logistics’ operations for two years if it kept losing money.

To deal with the issues, JD Logistics eliminated base salaries for delivery staff, and bumped up commissions for every item received from external customers in a bid to encourage delivery people to increase orders from outside the company. The strategy significantly lowered labor costs, which made up 36.1% of JD Logistics’ revenue costs in the first nine months of 2020, down by 9 percentage points from 2018’s level.

In the first nine months of 2020, revenue climbed 43.2% year-on-year to 49.5 billion yuan, and the company managed to narrow its losses to 11.71 million yuan from 996 million yuan in the same period in 2019. Over two-fifths of its revenue came from external customers, according to the prospectus.

Wang Zhenhui was removed as CEO of JD Logistics on Dec. 30 last year and replaced by Yu Rui, former head of human resources at JD.com.

Jingdong Technology Group Corp. holds a 79% stake in JD Logistics, while Jingdong E-Commerce (Express) LLC has another 7.9%. The rest is held by 16 companies, according to the company’s prospectus.