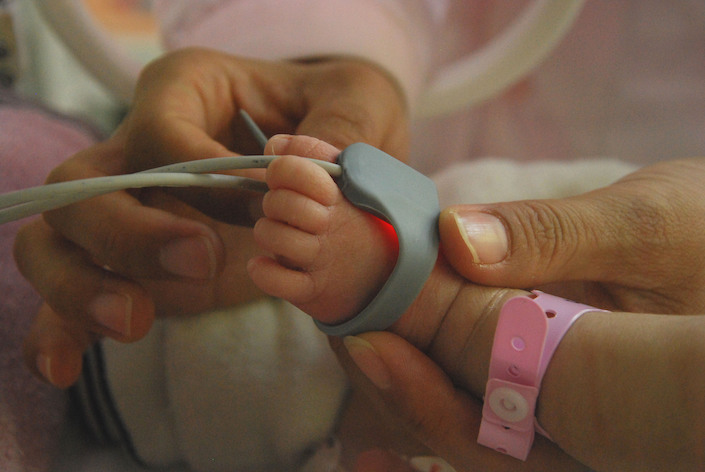 A newborn baby in a hospital.

China’s health authorities suggested that northeastern regional governments assess the impact of fully abolishing limits on the number of births and put forward a pilot program for implementing a comprehensive family planning policy in the region.

The National Health Commission made the comments (link in Chinese) Thursday in a response on its website to a proposal by some delegates to the National People’s Congress. They proposed that the northeastern region, known as China’s rust belt with the lowest birthrates in the country, should take the lead in fully removing birth restrictions. Home to about 109 million of China’s 1.4 billion people, the three provinces are Heilongjiang, Jilin and Liaoning.

Faced with an aging population, China in 2015 officially ended the one-child policy adopted in 1979 after slowly relaxing the rules to allow couples fitting certain criteria to have a second child. Now, all couples are allowed to have two children. In Heilongjiang, couples who are residents of border areas are allowed to have three children.

China has struggled to arrest the country’s declining birthrate even after easing the policy. The number of newborns in China fell dramatically last year, a sign that the birthrate is continuing to decline and worsening demographic pressures in the rapidly aging nation. There were 10.04 million babies registered with the government in 2020, 14.8% fewer than in 2019, according to data released by the Ministry of Public Security.

The health authorities said the proposal would be of reference value to the work of the National Health Commission. The decrease in the population in Northeast China reflects the comprehensive and systematic problems of the regional economic system, industrial structure and social policies, the commission said.

Some parts of the region already have relatively loose policies limiting births, but the desire for having children is not high because of economic and social factors, such as concerns about economic burden and lack of infant care support, the health authorities said.

Rich in resources such as iron ore and coal, the northeastern region was the heart of China’s heavy industry between the 1950s and 1970s. During the reform era in the 1980s, industries moved south to the coastal regions, and the state-owned enterprises that employed most workers have struggled, causing a mass exodus of young labors.

One of the primary causes for the falling number of births is the rising burden of childrearing, including the costs of housing, education and medical care, as well as the huge opportunity costs that having children poses to families, according to a 2019 report by the private think tank Evergrande Research Institute.

“Giving birth is affordable; raising children is not,” the report’s authors said.

The National Health Commission said it has coordinated with the Ministry of Finance and other departments to strengthen child care services across the country by exempting child care providers from certain taxes.