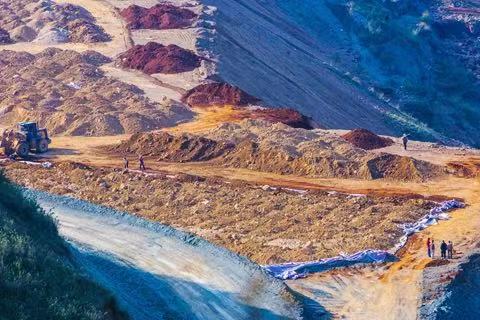 What’s new: China increased its rare earth mining quotas for the first-half of the year to a record level of 84,000 tonnes, a 27.6% jump from a year earlier, according to a Friday statement released by the Ministry of Industry and Information Technology.

The total quota for rare earth smelting and separation has been set at 81,000 tonnes, also a 27.6% hike from a year earlier, according to the statement.

Why it matters: The announcement could ease concerns over speculation that China could impose a rare earth export ban. The Ministry of Industry and Information Technology last month proposed a new regulation to control the country's rare earth production and exports.

It also coincided with a Financial Times report last week that China was allegedly exploring the possibility of limiting the export of rare earth minerals that are crucial for the manufacture of the U.S.' advanced F-35 fighter jets and other sophisticated weaponry.

“The government wants to know if the U.S. may have trouble making F-35 fighter jets if China imposes an export ban,” an anonymous Chinese government adviser told the newspaper.

Industry executives added that Beijing wanted to better understand how quickly the U.S. could secure alternative sources of rare earths and increase its own production capacity, the report said.

With the capacity of production and export of 17 rare earth minerals, China controls about 80% of rare earths in the global supply chain. Rare earth minerals are essential in producing electric vehicles, consumer electronics and military equipment.