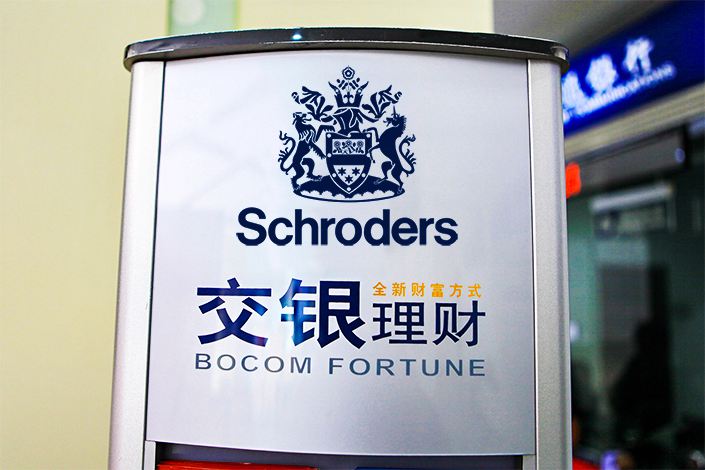 London-based investment management group Schroders has won approval for a tie-up with Bank of Communications.

China’s regulators have given the go-ahead for the country’s third foreign-controlled wealth management joint venture as the government builds on its pledge to open up the rapidly growing financial sector to overseas investment.

“The Chinese market represents a significant opportunity for Schroders, entailing the world’s second and third largest equity and bond markets respectively,” Schroders CEO Peter Harrison said in a statement. “As a result of our focus on China, we have been able to support both overseas investors looking to diversify into China and Chinese institutions keen to invest in the rest of the world.”

Schroders, which had assets under management of $649.6 billion as of June 2020, follows in the footsteps of Amundi Asset Management, Europe’s largest asset manager. The Paris-based company won approval to set up the first foreign-controlled wealth management joint venture in China in December 2019, just five months after the government announced more market-opening measures in the financial sector, including allowing majority foreign ownership of Chinese mainland-based wealth management firms.

Schroders started its partnership with BoCom back in 2005 when the two companies set up their first joint venture, Bank of Communications Schroder Fund Management Co. Ltd. Schroders launched its first domestic private fund in 2018, investing primarily in the A-share market.

But the British company is also going it alone, taking advantage of the government’s market opening measures that include allowing foreign financial institutions to set up wholly owned subsidiaries on the mainland. On Feb. 18 Schroders applied to (link in Chinese) the securities regulator for approval to set up a wholly owned mutual fund business.

Luo Meihan, Han Wei and Bloomberg contributed to this report.