Fight Against New Pollutants Hamstrung by Lack of Research, Standards

By Huang Yanhao and Zhong Leqi 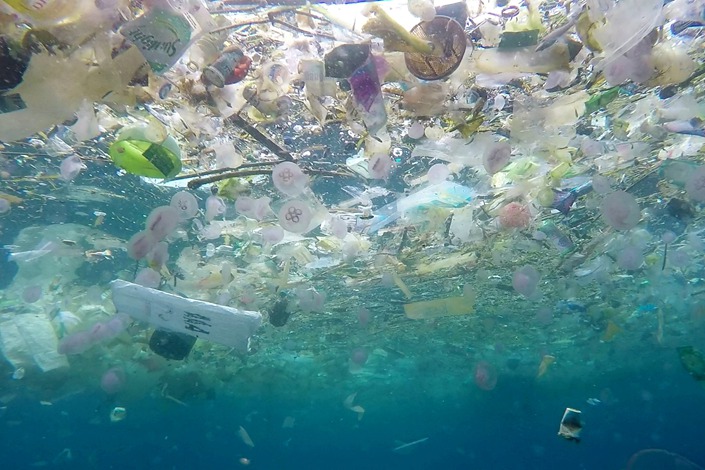 Emerging contaminants refer to artificial chemicals and compounds, such as antibiotics, microplastics and flame retardants, which are present at relatively low levels in the natural environment but may have adverse ecological or health impacts. Photo: VCG

A shortage of quantitative research and a lack of national standards are making it difficult for China to control new kinds of pollutants, according to experts.

ECs refer to artificial chemicals and compounds, such as antibiotics, microplastics and flame retardants, which are present at relatively low levels in the natural environment but may have adverse ecological or health impacts.

The push for tighter oversight comes as Chinese leaders prepare to discuss a new five-year plan in Beijing next month. The plan will shape government policy through 2025.

Although the proposals for the plan mention ECs, scientists say they’re unsure how much damage the pollutants have already done to the environment.

“Limitations” in instrumental analysis and sampling make such studies difficult, said Hu Jianxin, a professor at Peking University’s College of Environmental Sciences and Engineering. “Of course, we have some understanding of it, but still know very little.”

For instance, scientists use different methods to extract and measure levels of antibiotics in soils, water, air and living tissues, according to Cao Chengxin, a professor at East China Normal University’s School of Ecological and Environmental Sciences.

“There is no standard, uniform method,” he said.

Some scientists have voiced concern at the levels of antibiotics in China’s natural environment.

The country used around 162,000 tons of antibiotics in 2013 — about 160 times as much as the U.K. — most of which were for veterinary purposes, according to a 2015 study by Ying Guangguo, a researcher at the Guangzhou Institute of Geochemistry, a body affiliated to the Chinese Academy of Sciences.

Once discharged into waterways, antibiotics can affect the reproduction and growth of living organisms, and boost antimicrobial resistance — a problem considered by the World Health Organization to be one of the gravest threats to human health in the 21st century.

According to Ying’s study, in 2013 some 3,440 tons of antibiotics were discharged into Dongting Lake, a major freshwater lake on the Yangtze River. In a separate paper, Ying found the average concentration of quinolones, a type of multipurpose antibiotic, in the environment in China was 303 nanograms per liter (ng/l), compared to 120 ng/l in the United States and 20 ng/l in Germany.

“There is serious abuse of antibiotics in (China’s) medical and animal husbandry industries,” said Ying. “A large amount of antibiotics enter the environment, posing a threat to human health and ecology.”

Yet the true impact of ECs on human health is poorly understood, with most research focusing on qualitative description rather than quantitative analysis.

The lack of robust clinical data makes it “difficult to clearly tell” how harmful the contaminants are, said Chen Da, a professor at Jinan University who studies the health impacts of new pollutants like antibiotics, heavy metals, flame retardants and plastic additives.

“People can be exposed (to these chemicals) via several pathways, such as the air, diet and occupation,” said Chen. “The chemicals then produce individual or group-based health effects based on their toxic properties.”

While most people’s exposure to new pollutants isn’t enough to cause “more significant individual health hazards,” higher levels of contaminants in the environment can increase the risk of illness, especially for sensitive groups like children and pregnant women, Chen said.

Research led by Zhang Jun, director of the department of environment and child health and education at Shanghai Xinhua Hospital, has shown a correlation between abnormal menstruation among women of childbearing age and their exposure to perfluorinated compounds (PFASs), an EC commonly used to make nonstick or waterproof coatings.

Once they enter the bloodstream, PFASs can pass across the placenta into unborn babies, adversely affecting their growth, Chen said. That bears similarities to microplastics, which some researchers think can harm the placenta and lead to pregnancy complications like preeclampsia and fetal growth stunting. The WHO has said more research is needed to fully assess the impact of microplastics on human health.

Ultimately, the health impacts of ECs only become clear over time, said Hu, of Peking University. “The danger with these kinds of pollutants is that they are often chronic,” he said. “(Their effects) aren’t visible in a couple of days. They accumulate slowly in the body and slowly affect health through the metabolic process.”