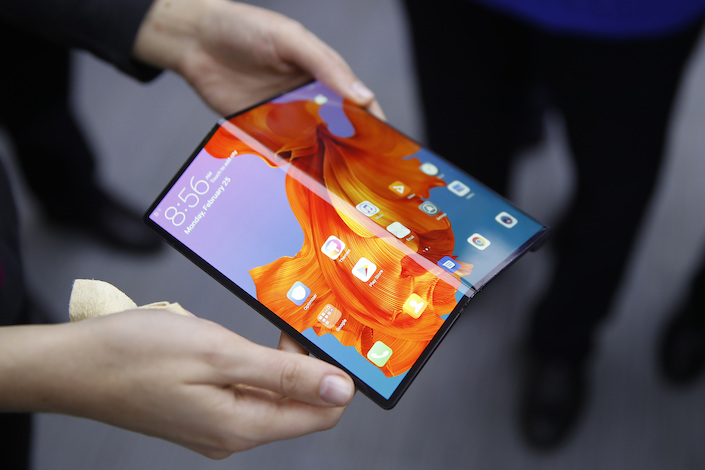 (Bloomberg) — Huawei Technologies Co. took the wraps off its latest high-end foldable smartphone, hoping to stake out a place in a fast-expanding category despite dwindling expectations that Washington will soon roll back Trump-era sanctions.

Huawei’s Mate X2 features an 8-inch (203 mm) screen when opened and a 6.45-inch screen when closed. It’s powered by the company’s own 5G Kirin 9000 chip. The unveiling was just days after Huawei’s billionaire founder Ren Zhengfei vowed to keep the smartphone business, dismissing reports that China’s largest tech company is considering selling the business because of U.S. restrictions.

Once the world’s biggest smartphone maker, Shenzhen-based Huawei reported that shipments plunged in recent months after its inventory of chips dried up. It’s been forced to dig into its stores to power flagship devices for 2021 after the Trump administration cut the company off from American technology and key chipmaking suppliers like Taiwan Semiconductor Manufacturing Co.

“The capacity is growing on a daily basis.”

The company is running phone production at close to minimum capacity to extend its existing cache of components and prolong the life cycle of its devices, spurring product shortages at retailers across the country, according to people familiar with the matter.

The Mate X2 will go on sale in China Feb. 25 priced at 18,999 yuan ($2,940) for a version with 512 gigabytes of storage. It will run a version of Google’s Android tailored for China, which lacks the U.S. company’s core apps and commercial features but can be updated to Huawei’s own Harmony operating system in April.

Yu said Monday that in the future more of the company’s top-tier phones will be powered by its in-house software rather than Android.

In 2019 Huawei found itself thrust into the heart of U.S.-Chinese tensions after the White House labeled it a national security threat and imposed a series of trading restrictions. Those curbs curtailed growth and forced the company to sell off its low-end Honor devices arm last year.

Ren urged the new U.S. administration to adopt an “open policy” toward Huawei, which in turn would benefit American suppliers. But Biden’s nominee for Commerce secretary, Gina Raimondo, said during her Senate confirmation process she knew of “no reason” why Trump-era curbs shouldn’t continue.

Huawei’s smartphone shipments dived 42% in the last three months of 2020 while its biggest competitors Samsung Electronics Co., Apple Inc. and Xiaomi Corp. all gained market share, according to researcher IDC.