By Du Zhihang and Matthew Walsh 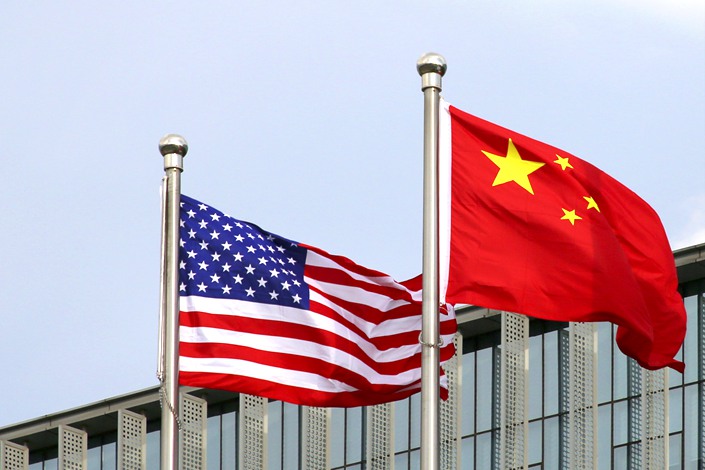 Trump’s four-year stint in the White House was marked by a deterioration in relations with Beijing.

The Biden administration’s recent decisions to review the policies of Donald Trump toward certain Chinese companies have laid the groundwork for a step change in how Washington deals with the perceived threats posed by the Asian nation’s tech firms.

The strategy, known as “decoupling,” roiled the global tech sector. Now, however, the Biden administration seems to be signaling support for a more agile policy dubbed “small yard, high fence.”

The approach, which has circulated among Beltway policy wonks for some time, does not completely reject the need to exclude some Chinese tech firms from U.S. markets. But instead of adopting Trump’s scorched-earth tactics, it calls for defining in precise terms which technologies are key to American national interests and taking action to protect them from excessive Chinese influence.

Which technologies are considered worthy of such protection has not been disclosed, but could include innovations like 5G and advanced semiconductors. Last week, Biden announced the creation of a military task force that will review Washington’s policy toward China, including in the technology sphere.

Some factors behind the shortage are related to the global economy, including a stronger-than-expected rebound of the auto sector and supply-chain issues related to the Covid-19 pandemic. But Trump’s export restrictions may have also made it more difficult for chip makers both inside and sometimes even outside China to get the materials and equipment they needed to ramp up for the increased demand, exacerbating the shortage.

At a press conference earlier this month, White House spokeswoman Jen Psaki noted that the chip shortage was one of the specific catalysts that had prompted Biden to call for a review of Trump’s policies. She said the White House would determine the source of the bottlenecks behind the shortage and work with industry to correct it to avoid hurting American workers and the country’s allies.

Her mention of American workers and allies disappointed some in China who had begun to speculate that the upcoming review could lead to some relief for Huawei – one of the biggest targets of Trump’s assault. The former president’s sanctions had taken special aim at Huawei’s chip-making unit that provides core components for the smartphones and networking equipment that are its main products.

Trump’s four-year stint in the White House was marked by a deterioration in relations with Beijing, with the president wielding three main weapons to bash Chinese tech firms.

Citing national security concerns, his administration added companies to the “Entity List,” which curtails access to U.S. suppliers, and to a list of firms with ties to the Chinese military that prevents them from trading their securities on American bourses.

The tactic was disastrous for Huawei, whose smartphone sales have plunged since its inclusion on the Entity List in May 2019 rendered the company unable to maintain its supply of advanced microchips.

In other cases, Trump targeted Chinese tech firms through executive orders. Two such proclamations taking aim at TikTok and WeChat led to long-running court battles that have so far failed to significantly restrict the platforms’ operations in the United States.

Finally, Trump announced a flurry of policies in the 5G and telecommunications sectors. The Clean Network Initiative, for instance, seeks to excise Chinese telecoms firms from American networks and convince like-minded governments to do the same.

While the Biden administration has said it will reconsider its stance on some of the above issues, Washington’s stance on Chinese tech firms will continue to center on two core interests: revitalizing domestic industry and managing national security concerns.

During his election campaign, Biden pledged to take action to ensure that the U.S. would not face shortages of critical products during times of crisis. He has called for “stronger, more resilient” domestic supply chains in areas including energy, semiconductors, “key electronics,” telecoms infrastructure and “key raw materials.”

On national security, Biden appears to agree with Trump’s reasoning for slapping sanctions on Chinese tech firms: namely, that foreign tech products used by large numbers of American citizens pose a potential national security threat. Where the two men differ is on how to manage that threat.

On Wednesday, the Biden administration asked a federal judge to pause a lawsuit over Trump’s TikTok ban while Washington reviews its China policy. The following day, the government made a similar request in a case on Trump’s attempted WeChat ban. Although those lawsuits may yet proceed, the requests bode well for the future operations of Chinese social media platforms in the United States.

But the outlook for Huawei, which has long defended itself against allegations that its gear may facilitate Beijing’s infiltration into American telecoms networks, is less optimistic. So far, the Biden administration has said only that the Chinese tech giant’s inclusion on government blacklists is subject to “review,” ruling out an easing of sanctions in the short term.

The moves bear the hallmarks of the emerging “small yard, high fence” doctrine. Washington might give a free pass to Chinese apps that let you chat to friends or scroll through cat videos. But companies with products related to critical tech infrastructure may get kicked into the wilderness.