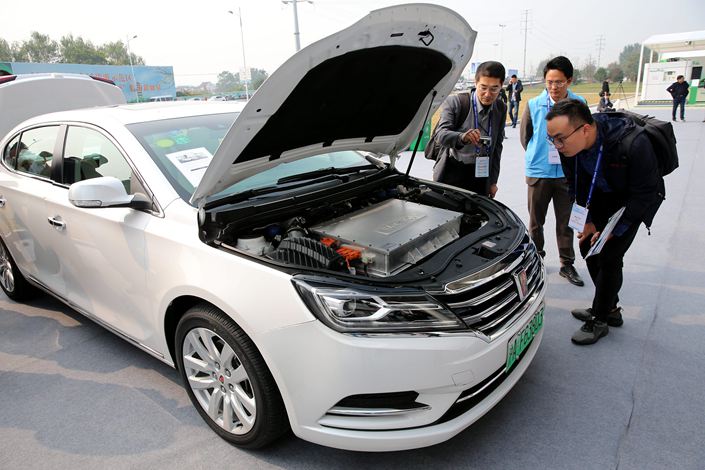 Government orders for hydrogen-powered vehicles in China have reached 690 units so far this year, a modest figure when compared with the rapidly-accelerating electric vehicle sector, but still up a strong 79% from a year ago, an industry organization said.

Orders for vehicles using the clean-burning fuel source came from state-backed buyers in the South China city of Guangzhou, and the northern cities of Baoding in Hebei province and Zoucheng in Shandong province, according to data released on Sunday by the organization Qingyunlian, which follows the industry.

The orders included garbage trucks, heavy trucks and public buses. The big majority were from a single 450 million ($70 million) request from an environmental organization in Guangzhou for 500 garbage trucks, equating to about $140,000 per vehicle.

China has been modestly promoting hydrogen-powered driving, which is particularly suited to heavy-load commercial vehicles when compared with more popular electric vehicles whose sales have sharply accelerated over the last half year. But the technology has yet to reach commercial scale despite years of development, in part due to high costs associated with obtaining fuel as well as other issues like developing the necessary infrastructure.

And while the fuel itself is environmentally friendly, one of the primary processes of getting it through extraction from coal can be highly dirty because it produces a massive amount of carbon dioxide and other pollution.

Data released by the country’s National Energy Administration suggested more than 7,200 hydrogen cars were operating across China as of July last year, with around 80 charging stations nationwide.

The Chinese market for hydrogen-powered vehicles fell sharply in 2020 due to effects from the pandemic combined with changes to government subsidies. Hydrogen-power car sales totaled just 1,177 units in 2020, down by more than 50% from the previous year, according to the China Association of Automobile Manufacturers.

The weakness continued into this year, with total hydrogen-powered car sales totaling just 63 units in January. By comparison, electric car sales for the month more than tripled to 158,000 units, according to the China Passenger Car Association, as that technology fast becomes competitive with traditional gas-powered cars thanks to efforts by U.S. giant Tesla and local players like Nio and Xpeng.

One industry analyst pointed out the sector may soon get a lift from orders related to the upcoming Beijing 2022 Olympic Winter Games when China may want to demonstrate the technology. He said that under government plans, as many as 2,000 hydrogen-powered vehicles could be used in connection with the games.

Hydrogen-powered cars could also get a boost from a plan by several central government agencies set to take effect this year promoting the broader fuel cell category, of which hydrogen-powered cells are a main type. The technology has also been included in some provincial-level five-year plans now being put together for the period from 2021 to 2025.

Southern Guangdong province has been notably aggressive in the space. In addition to the recent big order for hydrogen-powered garbage trucks from Guangzhou, the adjacent city of Foshan said in October it has built 15 charging stations to cater to hydrogen cars and has nearly 1,400 hydrogen vehicles operating in the city. It announced those milestones as part of its target to develop a local hydrogen car economy over the next 15 years.

And in late 2019, Northwest China’s Shanxi province also announced a plan to make hydrogen fuel out of its locally abundant coal, with the provincial government signing deals with several local coal giants to jointly develop applications for coal-to-hydrogen technology.