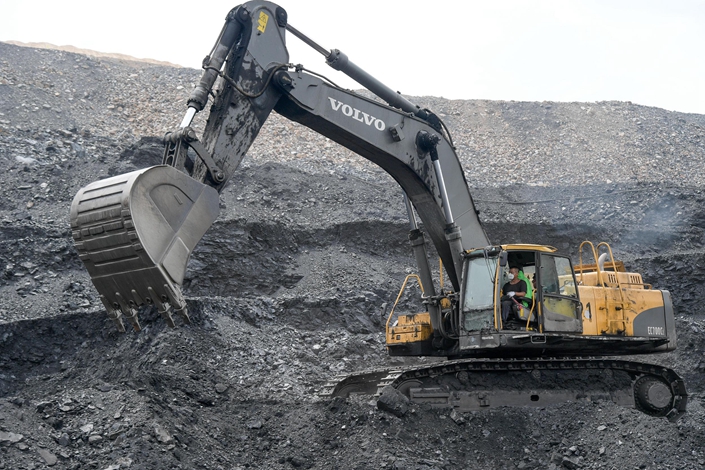 Coal-rich Shanxi province wants to be China's “hydrogen valley,” a production base of clean fuel. But behind that catchy slogan, which is echoed in more than 20 other regions around the country, lie a series of dirty secrets.

Shanxi produces about one-quarter of China’s coal, and its reliance on this massive industry has ensnared the province in a resource trap. Local economic development relies on the combustible black rock, and the province’s fortunes are closely tied to it. Weaning the province off coal dependence and finding new economic drivers has become a necessity for the local government.

Hydrogen is environmentally friendly and potentially renewable, and has long been an important industrial raw material. It’s also used as a chemical input. Many are exploring its potential as a new energy source in hydrogen fuel cell vehicles. Unlike fossil-fuel powered vehicles, hydrogen-fueled ones emit only water.

But how you get that hydrogen matters. Extracting it from coal is a dirty process that produces a massive amount of carbon dioxide and other pollution.

At present, there are three main methods to extract hydrogen from coal. In the first, coal is converted into gases, which are separated, and the hydrogen is purified. It can also be produced as a by-product of coal-intensive chemical industries. Or coal can be burned to generate electricity, then used to produce hydrogen.

Shanxi's coal enterprises have been exploring each of these methods but projects have not materialized. So just how realistic are Shanxi’s coal-fired hopes of a hydrogen future?

Coal companies are at an advantage if they want to enter the hydrogen energy industry. They already have most of the capital goods. And it’s cheap to convert coal to hydrogen directly, as well as to make it as a by-product of other processes.

Datong Coal Mine Group hopes to produce hydrogen as a byproduct of its coal-to-methanol project. In addition to about 600,000 tons of methanol each year, the company hopes to achieve an annual output of 5,000 tons of hydrogen.

“This one project alone can meet the hydrogen demand of the city of Datong and its neighboring areas,” Yao Fan, who’s planning the company’s hydrogen project, told Caixin.

But a year after planning began, the seemingly promising project is yet to even select a site.

Ma Junxiang, the group’s deputy general manager, said his company plans to build 20 hydrogen refueling stations by 2024. It also plans to build a facility that will assemble 20,000 hydrogen fuel batteries each year. But little progress has been made.

Central planners have long sought to make China’s energy mix cheaper and cleaner. One solution is to continually reduce the use of the most polluting source — coal — and switch to cleaner ones such as renewables and natural gas.

But deriving hydrogen from coal has a high environmental cost. Fu Guanyun, assistant researcher of the Energy Research Institute of the National Development and Reform Commission, explained that if hydrogen comes from coal, the carbon emissions are simply built into the production process. The pollution winds up somewhere else.

Producing a ton of hydrogen using electricity generated by a coal-fired power plant will produce more than 30 tons of carbon dioxide, which is two or three times that produced by directly converting coal to hydrogen.

Some experts say if the carbon dioxide can be captured and stored, coal-to-hydrogen production might be more viable. Others say such a process would itself be cumbersome and costly, and would require vast energy inputs.

More than 20 provinces and cities across China have set their hopes on developing hydrogen energy and fuel-cell vehicle industries. A number of experts told Caixin that the development plans for hydrogen energy have mainly focused on the “long industrial chain” and “heavy assets” of the car industry. The industrial chain that underlies a hydrogen fuel-cell car industry could attract investment and create jobs.

But while it will take a certain scale to be China’s preeminent hydrogen producer, there is a tendency for cities to overstate the scale of their plans, Fu said.

The upstream-to-downstream approach of Shanxi, which has plenty of industrial capacity and could easily expand downstream applications, could see the province produce an enormous amount of hydrogen. Industry insiders say if Shanxi’s coal companies fully develop their coal-to-hydrogen industry, and market demand is insufficient, the result could be oversupply.

It’s a risk that could be difficult to avoid, and it wouldn’t be the first time a new energy industry in China has turned into a bubble. Recent years have seen the rush to build solar and wind energy industries in China’s resource-rich inland areas result in many projects cutting capacity due to the mismatch of supply and demand and high energy transmission costs.