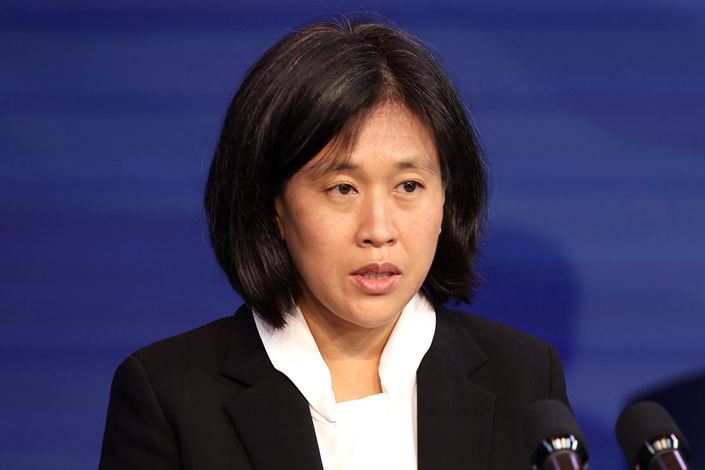 (Bloomberg) — President Joe Biden’s nominee for trade chief is pledging to work with allies to take on China while also embarking on a pragmatic approach to the Asian nation, saying it’s both a rival and partner whose cooperation the U.S. needs to address global challenges.

Without going into specifics of how she would address tariffs, export bans and other key issues, Katherine Tai, the pick for U.S. trade representative, said she knows the “opportunities and limitations in our existing toolbox.”

“We must recommit to working relentlessly with others to promote and defend our shared values of freedom, democracy, truth, and opportunity in a just society,” Tai said in the text of remarks seen by Bloomberg ahead of her confirmation hearing Thursday before the Senate Finance Committee.

The comments illustrate how Tai will pursue a hard line in U.S.-China negotiations while also indicating a more methodical and practical style to distance the Biden administration from the chaos that defined the Trump team’s trade agenda. Tai, whose nomination requires Senate approval, is expected to play a key role in setting and implementing Biden’s trade policy, which they both have promised to focus on workers and the middle class.

While Tai has a reputation as a progressive Democrat, she’s respected by members of both parties, who have praised her ability to find common ground on thorny matters such as those involving both business and labor.

Tai, in the prepared remarks, touted her own experience as the chief counsel for China enforcement for three years at USTR, saying that she knows firsthand the importance of holding the nation accountable for its unfair trade practices, but also the dexterity required in U.S. policy.

Echoing Biden’s call to “Build Back Better” from the pandemic, Tai said that the U.S. needs to prioritize making investments at home in people and infrastructure to boost competitiveness and at the same time enforce the rules of global commerce vigorously.

“We must remember how to walk, chew gum and play chess at the same time,” she said.

Tai spent the past four years as the chief counsel for Democrats on the U.S. House Ways & Means Committee responsible for trade. She was a key figure in negotiations with the Trump administration and House Speaker Nancy Pelosi on a revamped North American Free Trade Agreement, which passed both the House and Senate with overwhelming bipartisan majorities and was signed by Trump last year.

Among the trade challenges facing the Biden administration is deciding what to do with the so-called phase one deal that President Donald Trump struck with China in early 2020 and the more than $350 billion in tariffs that remain in place. Biden has pledged to work with allies to confront China rather than face the nation alone as Trump did, a theme echoed by Tai.

She’s likely to face questions from senators on Biden’s approach to the tariffs on Chinese goods, which his administration has indicated it won’t change before a review of trade policy is complete. Other topics could include trade with the European Union, policy toward the World Trade Organization and the Trump administration’s ban on American firms exporting to Chinese companies including telecommunications-equipment giant Huawei Technologies Co.