Top Suning.com Shareholders Plan to Sell as Much as 25% 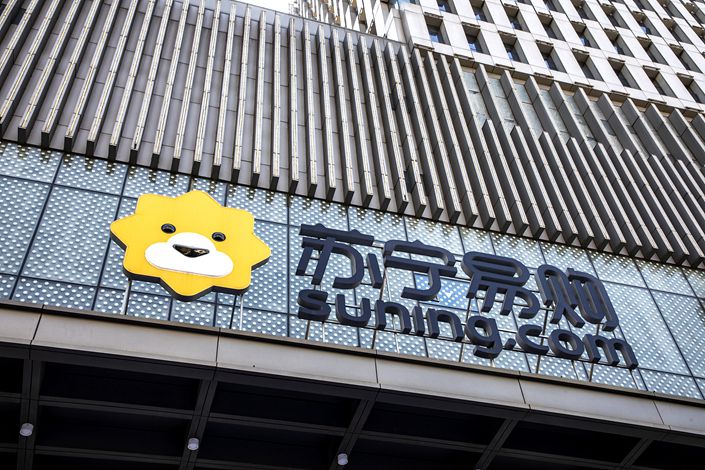 Suning.com’s major shareholders may surrender control of the company in an equity sale.

Major shareholders of Chinese retailer Suning.com (002024.SZ) plan to sell 20% to 25% of the company to unidentified buyers in transactions that may lead to a change in control as the enterprise faces mounting concerns over liquidity, Suning.com said Thursday.

Controlling shareholder Zhang Jindong and parent company Suning Appliance Group plan the share sale to buyers in sectors including infrastructure, Suning.com said without providing more details, according to a statement to the Shenzhen stock exchange.

A 25% stake in Suning.com would be valued at as much as 16.3 billion yuan ($2.5 billion), based on Suning.com’s latest stock price. Trading in the stock was suspended before the announcement. Suning.com said trading will resume within five working days.

Zhang, the billionaire founder, holds a 20.96% stake in Suning.com while Suning Appliance owns 16.8%. Suning.com’s other shareholders include e-commerce giant Alibaba Group, which bought 19.99% in 2015.

Caixin learned from separate sources that the State-owned Assets Supervision and Administration Commission in Nanjing, where Suning is headquartered, is most likely to become the new controlling shareholder.

Suning.com said the sale is in planning and will be subject to regulatory approvals.

Concerns about Suning Appliance’s financial health have been raised since last year, when online chatter of a cash crunch pressured bonds issued by the key listed unit. Suning Appliance dispelled the talk as a “rumor” at that time.

Both companies face high near-term repayment pressures, according to China Chengxin International Rating Co. A combined 15.8 billion yuan of bonds will be payable this year for the two companies as they confront refinancing challenges, the rating firm said in a report earlier this month.

In a recent sign of liquidity strain, Suning Appliance conducted a swap offer for a yuan bond issue due Feb. 2. A majority of holders agreed to exchange the 7.3% note for new two-year bonds carrying the same coupon.

In January, Suning Appliance said it pledged 376.5 million shares, or a 4.04% stake, in Suning.com to China Minsheng Banking Corp. to raise funds.

As of Feb. 23, Suning Appliance pledged 48.47% of its holdings in Sunning.com while Zhang pledged 20.09% of his holdings, according to market records. Altogether, the two owners have pledged a total of 14.06% of Suning.com’s equity for loans.

Suning.com’s business has also been reeling. In the first three quarters of 2020, Suning.com’s net profit fell by 95% to 547 million yuan. By the end of September, it closed more than a quarter of its brick-and-mortar stores. The company had negative cash flow from operations since 2017, and it has maintained its cash levels mainly through borrowing, according to financial data provider Tonghuashun.