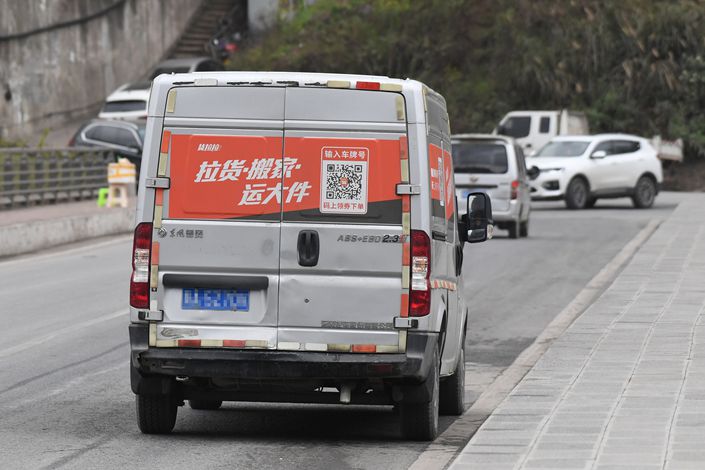 The woman surnamed Che died from severe head injuries that occurred when she hit the ground after falling from the moving van. Photo: VCG

A 23-year-old woman who sustained fatal injuries after falling from the passenger’s side window of a hired moving van had argued with the driver before the incident, but there were no signs of any physical attack, according to a police report released on Wednesday.

The incident involving a van operated by the service Lalamove, or Huolala in Chinese, in the Central China city of Changsha captured national headlines shortly after it occurred last month due to the unusual circumstances and implication of a threat to women’s safety. The case also superficially resembled two high-profile murders involving female passengers who were raped and killed by male drivers while using Didi Chuxing car services three years ago.

In the Lalamove case, the woman surnamed Che died from severe head injuries that occurred when she hit the ground after falling from the moving van. The van’s driver, surnamed Zhou, has been detained on charges related to loss of life.

According to the police report released Wednesday, the woman called for a Lalamove van using the company’s app around 3 p.m. on the afternoon of Feb. 6 to assist her with a move. The van arrived at 8:38 p.m., and Zhou asked the woman if she need paid moving services, which she declined.

The woman then made more than a dozen trips between her apartment and the van, carrying everything from clothing to daily-use items and her pet dog before getting into the van more than half hour later at 9:14 p.m. to set out from her home in Changsha’s Yuelu district.

While on the road, Zhou asked her several times if she wanted to pay for help unloading the van at her destination, to which the woman again said no.

In order to save time and take on his next customer, Zhou changed the route the van was originally set to take, the report said. The woman asked him to stop several times after he changed course, but Zhou ignored her. That prompted her to get up from her seat and force herself out the window, where she fell to the ground and sustained the fatal head injury.

During that time, Zhou failed to use any verbal or other means to try to stop her, the report said. After she fell he also failed to slam on the brakes, but instead came to a slower stop before putting on his blinkers at the roadside. Che was rushed to the hospital, but died four days later on Feb. 10.

The investigation found no signs of a struggle or other resistance inside the van, nor did it find any signs that the van had made any major swerves or other severe movements before the incident. A medical examination also found no signs of tearing or other damage to the woman’s clothing, nor did it find signs of Zhou’s DNA under the woman’s fingernails that might have indicted a struggle. The driver’s seat window had been halfway open during the trip.

The report also pointed out that no video monitoring equipment had been installed inside the van and that no nearby outside-based surveillance cameras had recorded the passenger side of the vehicle before the woman fell out.

On Feb. 24 Lalamove issued a statement saying it was taking responsibility and apologizing to the woman’s family, as well as promising to make rectifying moves.