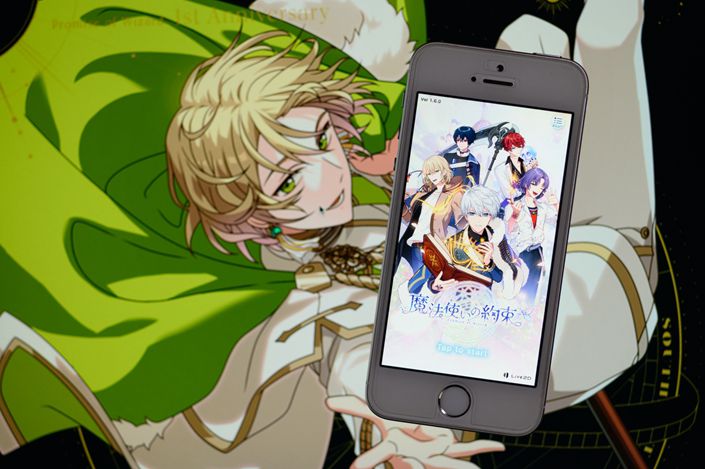 (Bloomberg) — To the growing list of things that make gaming startup Coly Inc. unusual, it can add one of the best market debuts in recent Japanese history.

Co-founders Anna and Mizuki Nakajima — they’re twins — took their seven-year-old mobile games studio public Friday, and the stock doubled, the strongest market debut of 2021. As of Tuesday’s close, each sister’s 33.75% stake was worth 15.2 billion yen ($141.5 million).

In both global gaming and Japanese business, Coly’s success and its 32-year-old executives stand out. Almost three-quarters of its 200 employees are women, and they’ve scored two hits with serial story lines that have kept fans — also mostly women — coming back for the next plot twist.

The company’s particular genre is called otome, Japanese for “maiden.” No one wins, per se. The thrill comes from the story and players’ attachments to their favorite characters. Fans of Coly games praise their high-quality scripts, graphics and music, and they like the fantasy worlds the company’s created.

In “Stand My Heroes,” the player assembles a squad of handsome drug enforcement officers; in “Promise of Wizard,” the player goes on a role-playing quest to save the world with the help of magic and good-looking men. Free to download, the games require no special skill. Players pay to reveal additional story lines, not power-ups.

The market for otome games is around 80 billion yen, according to Coly’s estimates. That’s just 6% of the 1.3 trillion yen market for smartphone games in Japan, but followers tend to be fanatically devoted and willing to stick with titles for a long time, according to industry analyst Serkan Toto of Kantan Games.

One fan said she got hooked on Coly’s games after her favorite real-world celebrity announced his engagement. She didn’t want to give her real name because, she said, she worries people will tease her about her devotion to fictional characters. The game is like a sanctuary, she said, and the characters never disappoint her.

In Japan, female fans who get emotionally attached to in-game characters are dubbed “yumejoshi.” Another big segment of the otome audience is called “fujoshi,” players who prefer stories of male friendships, romances and rivalries.

Handling such a passionate community can be tricky, as Coly was reminded shortly after its IPO filing. In its investor prospectus, the company referred to its “yumejoshi” and “fujoshi” fans, and players took offense at the appropriation of the terms they typically use in a playful, self-deprecating way. Coly apologized for “inappropriate expressions.”

Coly declined to answer questions for this story or make executives available for interviews, citing “consideration to users.”

For rising stars in their industry, the 32-year-old Nakajimas keep a relatively low profile. Before starting Coly in 2014, neither had a technical background. Mizuki worked in the investment unit of Morgan Stanley MUFG Securities Co., and Anna spent a stint at Japan’s Sankei newspaper.

Mobile otome games are often cheaper to make than the typical console or high-end PC titles, which lowers the barriers to entry for new companies like Coly. It also opens the door to competition and copycats, and few titles stay popular for several years the way Coly’s have.

According to its filings, revenue and profits have grown steadily since its start, in stark contrast to the up-and-down results that are more common to mobile game makers in the country. The smooth ascent helped the Nakajimas avoid outside investment. Prior to the IPO, they held on to 90% of the company; the remaining 10% was owned by another executive.

“Seeing a pair of women setting up a company and successfully leading it to a stock exchange is truly exceptional in Japan,” said Daisuke Iijima, chief researcher at Teikoku Databank. Only 8% of Japanese firms have female CEOs, most of whom are in their 60s and 70s and inherited the position from a relative, Iijima added. In the software industry, fewer than 5% of companies are led by women.

Analysts and investors are still skeptical, said Ace Research Institute analyst Hideki Yasuda. A couple of hit games could still be considered lucky, and the company will need to expand its appeal beyond its current customer base, he added.

One potential new market could be overseas. Global familiarity with anime and the surrounding culture has been growing, said Kantan’s Toto. China and South Korea have embraced Japanese pop culture trends in the past. Nexon Co. saw its U.S. revenue surge after it acquired Pixelberry Studios in 2017, a maker of narrative games for women like Choices: Stories You Play.

“There are a lot more Japanophiles around in general now compared to a decade or two ago,” Toto said.

The commitment of players can also spill over into the real world, such as when fans of Exnoa Llc.’s Touken Ranbu flocked to shrines and museums and donated tens of millions of yen to restore historic items that game characters were tied to.

“The market’s potential is wide open,” said Naoko Kino, president of game consultancy Kyos Co. “Games have never been so close to women thanks to to the ubiquity of smartphones.”