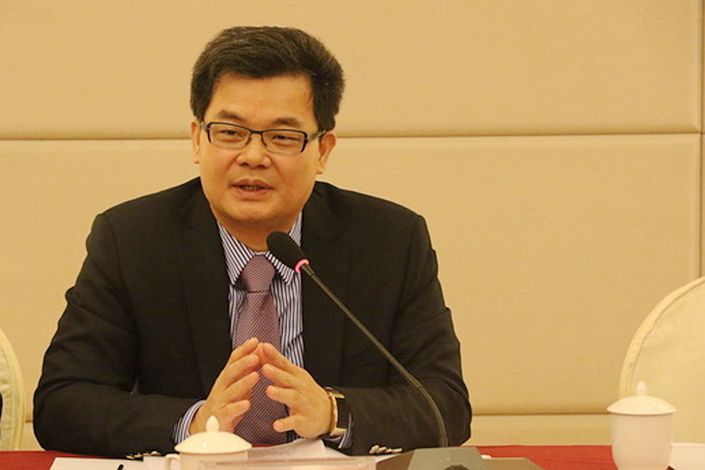 Xiao Shengfang, a delegate to China’s legislature, said that his motion urges the government to set up a mechanism by which minor offenses can be expunged from criminal records under certain circumstances. Photo: Guangdong Lawyers Association

A Chinese lawmaker said he has tabled a motion to loosen rules that require former convicts to disclose their criminal histories regardless of the severity of their offenses.

The move comes as Chinese leaders convene in Beijing for the key annual political meetings known as the “Two Sessions.”

While the motion is highly unlikely to result in the law being changed at the meeting, it may animate a longstanding public debate on criminal rehabilitation.

Xiao Shengfang, a delegate to the National People’s Congress (NPC), China’s legislature, told Caixin that the motion urges the government to set up a mechanism by which minor offenses can be expunged from criminal records under certain circumstances.

Under China’s Criminal Law, all adults must disclose their past convictions when seeking employment or enlisting in the armed forces, except for certain offenses committed before the age of 18. Critics of the system said it unfairly discriminates against former convicts and prevents them from fully reintegrating into society.

Other countries have mechanisms regulating when people need to tell employers or educational institutions about past convictions. Most U.S. states, for example, permit people to petition a court to expunge or seal their criminal histories, thereby removing them from the public record.

Xiao, part of the delegation from South China’s Guangdong province, said he has tabled a motion to the NPC arguing that China needs to implement a policy that tempers justice with leniency as the country continues to add to its list of minor crimes.

Expunging certain minor offenses from people’s criminal histories will counterbalance the growing numbers of convicts being punished for lesser crimes, the motion said.

Xiao favors amending the Criminal Law to add new provisions that would expunge the records of those who have not reoffended within one year of completing their sentences, unless their original crimes related to national security, terrorism, mafia-style organizations or illegal drugs.

Additionally, people on suspended sentences who commit no new crimes within their one-year probation period would also be able to have their original violations wiped off their rap sheets, unless those violations fell into one of the four above categories, according to the proposal.

“Minor criminals sentenced to supervision, detention or appropriate suspended sentences are less of a danger to society and other people,” Xiao said. “Expunging their criminal records will not have negative effects and may even bring more harmonious elements into society.”

Zhu Zhengfu, a member of the Chinese People’s Political Consultative Conference (CPPCC), the country’s national political advisory body, told Caixin he has simultaneously submitted proposals on the matter to the CPPCC.

He called for clear legal conditions and procedures for expunging criminal records, adding that the country should “strictly limit” criminal record inquiries and move to eliminate discrimination against convicts during any future transition period.

China should also gradually abolish “occupational restrictions” on the relatives of convicted criminals, he said, without specifying. While the country has no formal laws banning the family members of former offenders from certain jobs, they are generally less likely to pass the political vetting that forms part of the application process for many government positions.

Xiao said he had received messages from self-proclaimed “ex-cons” describing the difficulty of assimilating back into society after serving their punishments.

One person from North China’s Hebei province, who was imprisoned for running an online chat group in which “harmful” videos were shared, said he had been refused work as a courier and security guard due to his previous conviction, and feared that his child would be unable to sit the civil service exam in the future, according to Xiao.

The meetings of China’s NPC and CPPCC are scheduled to begin on Friday and Thursday, respectively.