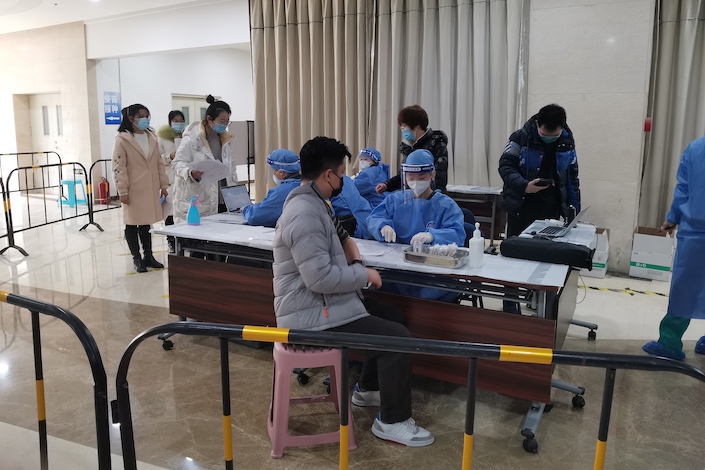 What’s new: China administered 52 million doses of Covid-19 vaccines as of the end of February as the world’s most populous country races to inoculate its people against the raging virus, according to Guo Weimin, spokesman for the Chinese People’s Political Consultative Conference (CPPCC).

While accelerating domestic vaccinations, China has exported its home-developed Covid-19 vaccines to 28 countries and donated the shots to 69 countries and two international organizations, Guo said Wednesday at a press briefing.

What’s the context: China has so far approved four vaccines developed by domestic drugmakers for public use, including three inactivated-virus vaccines and one viral vector vaccine.

China has sufficient Covid-19 vaccine production capacity, but the pace of vaccination is of “great concern,” Zhang Wenhong, a top epidemiologist, said Monday.

According to epidemiologist Zhong Nanshan, China is planning to vaccinate 40% of its population by end of June.