Despite Pledge to Change After Rider’s Death, It’s Business as Usual at Lalamove 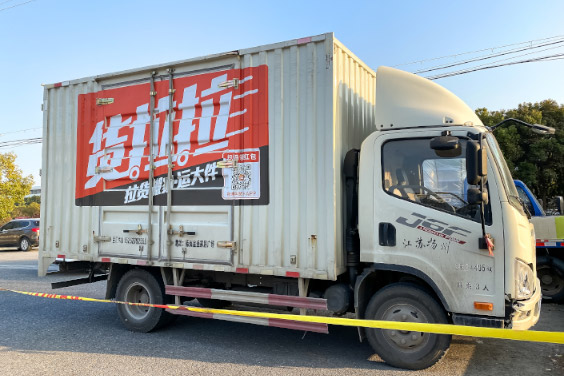 After the death of a woman who fell from a moving van hired via the Lalamove platform sparked a public backlash, the Hong Kong-based logistics startup pledged to improve user safety and driver screening.

But a Caixin investigation found little has changed since the firm took “inescapable responsibility” for the death last month, as safety loopholes remain unpatched and drivers continue to start work with little oversight.

China was rocked by the death of the 23-year-old, surnamed Che, who apparently fell from the van’s window in Central China’s Changsha after an argument with the driver.

Local police said they found no evidence of a struggle, and nothing to suggest the woman had been attacked. They concluded she died from severe head injuries after striking the ground, and arrested the driver for criminal negligence.

As it went into damage control mode, Lalamove acknowledged the platform had risks, and pledged to enact a laundry list of measures, mimicking moves by ride-hailing platform Didi Chuxing after intense criticism followed the separate rape and murders of two female passengers in cars hired via its platform in 2018.

In a detailed public apology on Feb. 24 — 18 days after the incident — Lalamove said it would begin to audio-record all trips, allow clients to track and share the real-time location of the cargo, and list emergency contacts on the app. The promised changes to the app also include an emergency button to contact police and a feature which automatically detects suspicious detours.

As of March 5, these functions had not been added to Lalamove’s app.

Lalamove also said it would strictly vet drivers, strengthen ties with police, and ensure its driver data was accurate and up-to-date.

But a week after the announcement, it was business as usual at three Lalamove recruitment sites visited by Caixin.

Posing as a prospective driver, a Caixin reporter was told that anyone could join the company using just a national ID card and a driver’s license, with one recruiter claiming that “drivers on the platform can earn 30,000 yuan ($4,640) to 40,000 yuan a month.”

Lalamove was an “inclusive platform,” the recruiter said, and anyone could join as long as they didn’t have a criminal record.

Driver training consisted of a 20-minute orientation course, about half of which was about how to use the app, with the other half spent teaching newcomers how to sell memberships to users.

When Caixin asked about the best way to resolve disputes with customers, the trainer told the group to “just figure it out yourself.”

Post-training review was lax. Drivers were asked to take a photo of their truck and upload it onto the platform to complete their registration. Staff did not record things like whether the vehicle was insured, its mileage, or the driver’s home address.

In a clear violation of China’s Road Traffic Safety Law, which forbids passenger vans from commercially transporting freight, Lalamove recruiters had no issue signing up drivers with passenger vans. One recruiter said it was fine for them to take cargo orders as long as they “don’t get caught by police.” Some drivers had removed the seats in the back of their vans to make space.

Passenger vans have an edge on cargo vans in the industry because they do not need a commercial driving license, and also require lower car insurance fees.

Freight vehicles are also barred from carrying passengers — aside from co-workers in fixed seats — by rules that, in practice, many shrug off. This is reflected in Lalamove’s user agreement. But one driver told Caixin there was no effective way to prevent drivers from using the app as a taxi service. They said many supplement their income by doing so.

Gig-economy cargo transport is big business in China with cash-flush backers. Established in 2013, Lalamove is the largest platform that connects intra-city cargo delivery service providers and users. It has raised $515 million from big-name investors including Sequoia and Hillhouse Capital. Its competitor, Didi Chuxing’s cargo offering Didi Freight, just finished a $1.5 billion funding round from investors like Singapore’s sovereign wealth fund Temasek Holdings. All are banking on China’s economic recovery fueling demand for shipping.

At the end of November, Lalamove operated in 352 Chinese cities with 7.2 million monthly active users and 480,000 monthly active drivers on its platform.

In response to Caixin’s questions, Lalamove said it was rolling out changes. It said the future use of in-vehicle monitoring would help improve safety.