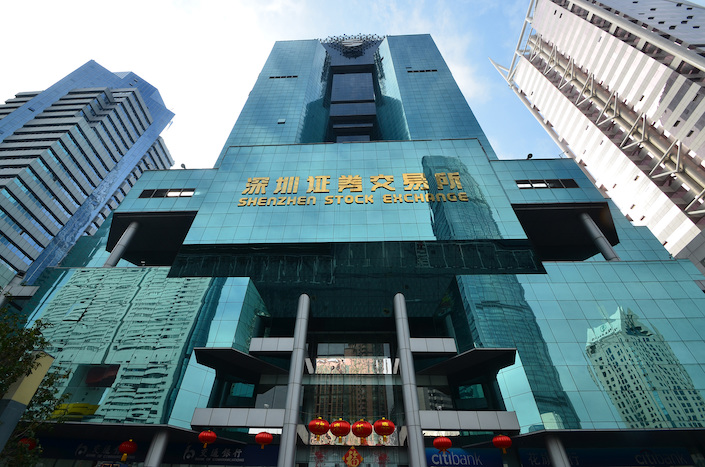 Prices suddenly surged within an hour for three China Development Bank bonds — one by more than 200%. That sent yields on the policy bank notes deep into negative territory of almost minus 15%.

In a sign that the trades may not have been a matter of fat fingers, the Shenzhen Stock Exchange imposed restrictions on those involved to “maintain orderly conduct in markets and protect the rights of investors,” it said in a statement (link in Chinese). “Market players should comply with the law and regulations when they trade bonds,” it said in the three-sentence notice.

The unusual trades highlight the challenges Chinese policymakers face as they seek to modernize a market that has long been criticized for poor liquidity. It also happened just as top leaders gathered in Beijing for the annual session of the National People’s Congress to chart the country’s future, with one focus being restructuring of the financial market.

The price of the 2027 bond traded in Shenzhen more than tripled in about 30 minutes Friday morning, according to data compiled by Bloomberg. The yield on the bond was last recorded at minus 14.2% in the afternoon session, compared with Thursday’s closing rate of 3.49%.

The Shenzhen Stock Exchange found that certain investors showed abnormal trading behavior such as buying and selling the 2027 bond to and from themselves, it said in a statement. The exchange said it imposed a six-month trading restriction on those investors.

Separately, futures on government bonds jumped to the highest level in nearly a month in a burst of trading in the afternoon.

China set a conservative economic growth target of more than 6% for this year, well below what economists forecast.