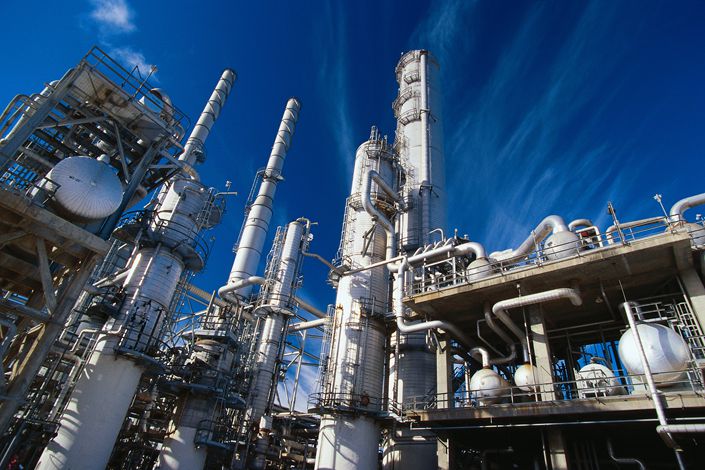 The aggressive plan will see the Yinchuan-based chemical products specialist shell out an estimated 67.3 billion yuan ($10.3 billion) to build a coal-to-olefin complex in the neighboring coal hub of Inner Mongolia with annual capacity of 4 million tons of olefin, according to a Monday filing to the Shanghai Stock Exchange.

That addition would equal more than a third of China’s current total capacity for the chemical, which is a key ingredient for plastics packaging and medical goods.

With several new olefin projects coming online, Baofeng’s production of chemicals surged last year, fueling a 21.59% increase in its 2020 profit to 4.6 billion yuan, it said in an earnings update on Friday.

Baofeng said its concurrent engagement in coal mining can ensure sufficient supply of the raw material and reduce the new project’s logistics costs. The complex will also have supporting production facilities for methanol, another key ingredient in olefin production, with annual output of 11 million tons.

China’s demand for those two chemicals is expected to increase by over 5% annually over the next five years, according to data analysis firm IHS Markit.

The local economic planner in the Inner Mongolian city of Ordos, where the project will be located, has included the plan on its list of key construction projects, which has also gotten the green light from the provincial planner, the latest filing said. Such approval by regional and even national economic planners is usually required for projects of such large scale, and helps to ensure they can get the funding they need.

Ningxia Baofeng added that the provincial planner wants the project to finish construction in 2023. But it also warned that changing government policies could affect the project’s progress, and added the plan still requires approval from the nation’s environmental regulator.

Inner Mongolia has imposed a slew of restrictions on the addition of power-guzzling projects in the region as it rushes to meet central government targets for controlling energy consumption over the next five years. A draft plan released by the provincial government on Feb. 25 suggests such restrictions could include a ban on new high energy consuming projects, including coking coal, steel and electrolytic aluminum.

The Baofeng spokesman said the company’s ability to get financing hasn’t been affected by the recent tightening of Inner Mongolia’s energy consumption policy.

An industry insider told Caixin a bigger issue that could weigh on the massive new project could be the huge financing required. Baofeng said in the filing it will pay 30% of the 62.5 billion yuan required for construction of the project using its cash. It will obtain the rest — some 43.75 billion yuan — via loans.

Founded in 2005, the privately-owned chemical producer had 38.1 billion yuan in total assets by the end of 2020. Baofeng said it has retained credit lines totaling 50 billion yuan from Bank of Communications Co. Ltd. and the Inner Mongolia branch of Industrial and Commercial Bank of China, and the investment will be made in phases.

The company had 12.27 billion yuan in total debt at the end of last year’s third quarter, representing a 23.5% increase from the end of 2019, according to its latest quarterly report. The high leverage ratio for the new project means banks will need to be cautious and closely follow industry condition when advancing the necessary funds to Baofeng, the industry insider told Caixin.