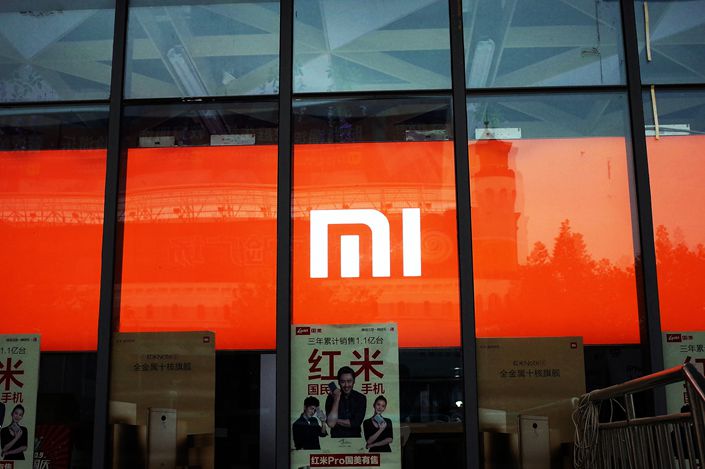 Xiaomi is one of 44 Chinese companies put on the U.S. Defense Department’s blacklist during the Trump administration due to alleged ties to Chinese military. Photo: VCG

A trial began on Tuesday in a U.S. lawsuit by smartphone-maker Xiaomi Corp. challenging its Trump-era addition to a blacklist banning Americans from investing in the company, with the judge promising a decision by the end of the week.

U.S. District Court Judge Rudolph Contreras’ pledged timeline, which also includes the weekend, is significant because the blacklisting order made in mid-January while Donald Trump was still president is officially set to take effect next Monday.

Such a ban could have a major impact on Xiaomi by prohibiting any U.S. institutions from buying the company’s Hong Kong-listed stock. Shares of other similarly blacklisted Chinese companies were subsequently dropped by many major global index compilers, since failing to do so would have barred U.S. investors from buying any index-linked products containing the banned companies’ shares.

Xiaomi is one of 44 Chinese companies put on the U.S. Defense Department’s blacklist during Trump’s tenure due to alleged ties to Chinese military. The company’s inclusion surprised many due to its private status and apparent lack of government ties. A Defense Department legal filing later showed the move was taken partly due to co-founder Lei Jun’s receipt of an award from China’s telecoms regulator naming him an “Outstanding Builder of Socialism with Chinese Characteristics” in 2019.

Xiaomi filed its lawsuit challenging the blacklisting in late January, about two weeks after the original move, saying the order was unconstitutional.

At the Tuesday hearing in Washington, Xiaomi’s lawyer John Hall said the Trump administration’s method for designating the company as a “Communist Chinese Military Company” was too broad and could be arbitrarily applied to other companies. He added that the Defense Department also lacked evidence for making the designation.

Hall pointed out the U.S. government’s designation wasn’t based on the fact that Xiaomi is a state-owned or a military enterprise, neither of which applies to the company. Instead, he said, the government’s determination was based on two pieces of information in Xiaomi’s annual report, one saying the company was previously commended by the nation’s telecoms regulator, and the other based on the company’s investment in 5G and artificial intelligence (AI).

The Defense Department believes that the telecoms regulator oversees cooperation between the civil and military sectors, and thus the regulator’s recognition of Xiaomi could be seen as signaling ties between the company and the Chinese military. Responding to that, Hall said the award was given by the regulator, but the determination was actually jointly made by several government agencies. He noted that other recipients have included makers of chili sauce and men’s clothing.

At one point in the hearing the judge interrupted the government lawyer and cited Hall’s remarks about the chili sauce and men’s clothing makers. The lawyer responded that the government’s case is of a “mosaic type,” in that no individual piece of evidence may be enough to make a case. But when such pieces are taken together, U.S. intelligence officials can still make conclusions.

In its original lawsuit, Xiaomi said its inclusion on the Defense Department list “did not provide any explanation for (the department’s) decision to designate Xiaomi as a (Communist Chinese Military Company), let alone identify the factual basis on which the designation was based.”

Xiaomi reiterated it is a private company that is “not owned or controlled by, or otherwise affiliated with the Chinese government or military,” and asked the judge to provide injunctive relief to halt a ban that could cause the company “immediate and irreparable harm.”