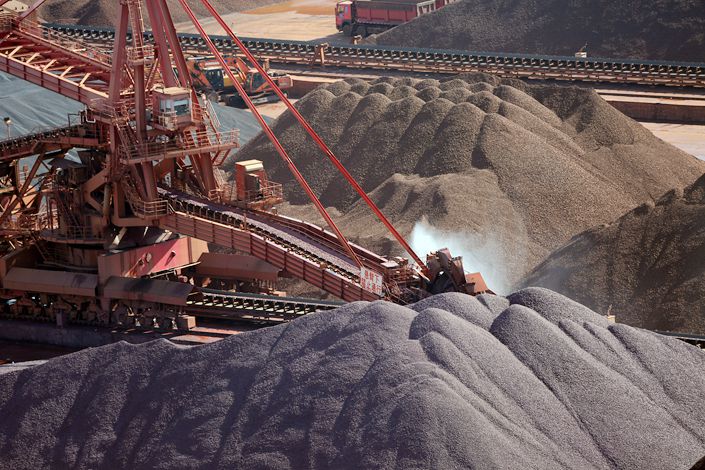 Benchmark iron ore futures in the world’s biggest consumer of the key steel ingredient stumbled this week after a major smog wave in North China led to the rollout of government-mandated manufacturing cutbacks to improve air quality.

The most actively traded 12-month futures contract for iron ore due in May on the Dalian Commodity Exchange slid 5.24% on Wednesday to 1,040.5 yuan ($159.76) per ton, down 11.4% from a recent high of 1,174.5 yuan per ton on March 4, after the northern city of Tangshan ordered local steel mills to cut production as heavy smog hit the region.

Tangshan, located in Hebei province, which surrounds Beijing, accounted for 13.7% of China’s total crude steel production last year with an output of 144 million tons. The city’s government issued an air pollution warning on Sunday saying that heavy smog would loom over the region starting the next day. It called on 23 local steel mills to curtail or even suspend production.

As the order prompted some shutdowns, around two-fifths Tangshan’s steelmaking furnaces were conducting maintenance as of Tuesday, representing the idling of about 765,800 tons in manufacturing capacity, according to industry consultancy Mysteel.

Following Wednesday’s drop, the same futures contract regained some lost ground to close up 5.55% on Thursday at 1,093.5 yuan per ton.

Controlling the addition of new steel capacity is a key issue for the industry over the next five years, since the sector accounts for over 15% of China’s carbon emissions, said He Wenbo, party secretary of the China Iron and Steel Association, at the Two Sessions, which wraps up on Thursday.

China produced 28% of the world’s carbon dioxide emissions in 2019, according to a report by the Global Carbon Project. In September, speaking at the U.N. General Assembly, President Xi Jinping pledged that China would achieve peak carbon emissions before 2030 and carbon neutrality before 2060.