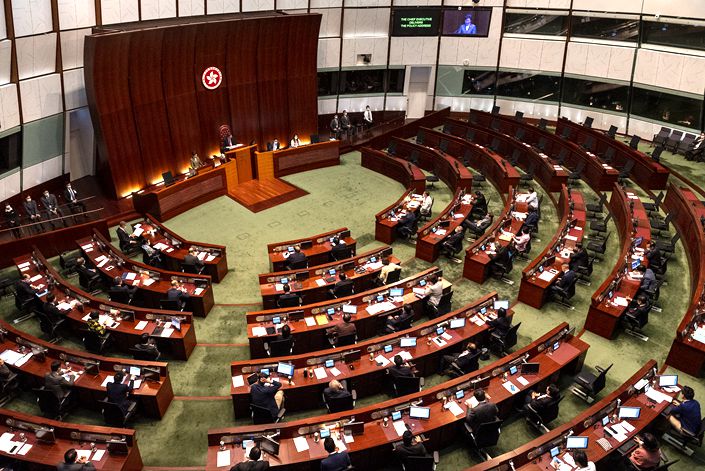 China’s national legislature approved a draft decision Thursday to reform the electoral system of the Hong Kong special administrative region, as part of the continuing effort to ensure the semi-autonomous territory is governed by “patriots."

The National People’s Congress (NPC) passed the nine-article decision, with 2,895 votes in favor, zero against and one abstention, on the final day of the annual gathering of national lawmakers and political advisors known as the “Two Sessions.”

Zhang Yesui, a spokesperson for the NPC, said last week during a press conference that the national legislature had the constitutional power to “improve” Hong Kong’s system and that the electoral structure needed to fully implement the principle of “patriots governing Hong Kong.”

The decision mandated that the NPC Standing Committee, the legislature’s top decision-making body, amend the annexes 1 and 2 of the city’s mini-constitution, the Basic Law, on the elections of the chief executive and Legislative Council.

According to the text of the decision released by China’s state-run Xinhua News Agency, the Election Committee — responsible for electing the chief executive of the Hong Kong government — will be expanded from 1,200 to 1,500 members.

The committee’s additional 300 members will be composed from a “sector” made up of Hong Kong delegates to the NPC and Hong Kong members of the Chinese People’s Political Consultative Conference, China’s top political advisory body.

The decision also said that the Legislative Council will be composed of 90 members in each term, Xinhua said.

Hong Kong’s current chief executive, Carrie Lam, told China’s national broadcaster CGTN on Monday that the reform will be completed over next 12 months. Lam’s term will end in June 2022.