Sichuan to Borrow $1.76 Billion to Inject Into 21 Small Banks 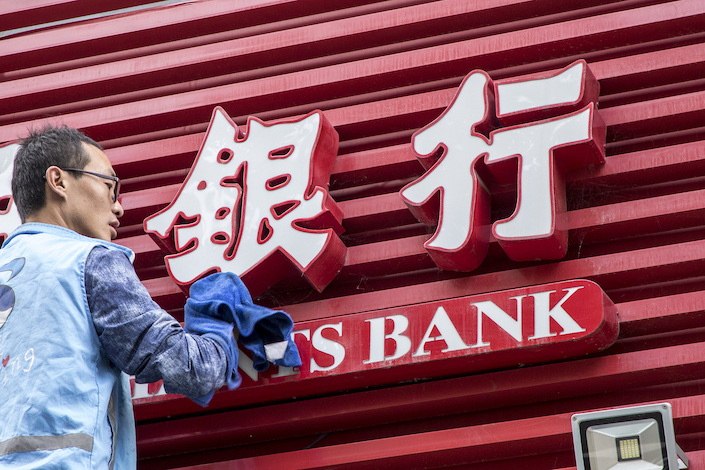 Sichuan province joined a line of local governments to issue special-purpose bonds (SPBs) to raise money for recapitalizing cash-strapped small and midsize banks. But how the government will collect repayment was left vague in some cases.

The southwestern Chinese province will issue 11.4 billion yuan ($1.76 billion) of 10-year SPBs at a coupon rate of 3.5%, the provincial finance department said.

Some small and midsize banks, especially rural credit cooperatives, have suffered a surge of bad debt over the past few years after a rapid expansion in credit left a large amount of nonperforming loans on their books as economic growth slowed. The Covid-19 pandemic exacerbated the situation as many businesses and individuals were unable to repay debts on schedule.

In response, the State Council, China’s cabinet, in July 2020 authorized local government units to use funds from last year’s quota of 3.75 trillion yuan of SPBs to shore up bank balance sheets as part of measures to expand credit to micro, small and medium-sized businesses.

SPBs are a kind of local government debt used to fund infrastructure and other public welfare projects that are commercially viable. The borrowings are generally repaid from income generated by the projects they fund. Unlike general-purpose bonds, they are usually not allowed to be repaid from government fiscal revenue.

The Sichuan government will inject the proceeds of the borrowing into 21 small and midsize banks. The investment will mainly take place through a form of convertible deposit, in which the government designates a company to deposit money into the bank, then the company converts the deposit into bank equity.

Ideally, the company could eventually sell the equity on the market and use the proceeds to repay the SPBs. But whether the banks’ equity can be sold depends on whether the banks improve their business after receiving the capital injections.

Some of the recapitalization agreements in Sichuan make a clear arrangement for future repayment but others don’t. For example, according to an agreement with Ya’an City Commercial Bank Co. Ltd., one of the recipients of SPB funds, the local government can start to sell its equity in the bank six years after the injection. If the equity can’t be sold, the government can tap the bank’s outstanding receivables and liquid assets to repay the SPBs.

Bank of Zigong Co. plans to seek strategic investors to raise funds to repay the SPBs. But agreements with some of the other recipients only vaguely mention marketized transfer of equity in the future without a specific plan.

As of now, Guangdong, Shanxi, Guangxi and Inner Mongolia provinces have issued SPBs to recapitalize banks. Among them, Guangdong has a relatively better arrangement for the government’s exit in the future as it found a strategic partner for each recipient bank.

Whether through strategic partners or convertible deposits, uncertainties always exist, said Zeng Gang, deputy director of the National Institution for Finance and Development (NIFD). Having an outside institution become the bank’s shareholder can help the bank to improve governance and increase its equity value, Zeng said.

Each bank and province has a different situation, so there’s no solution that fits all, Zeng said.