By Peng Qinqin and Lu Yutong 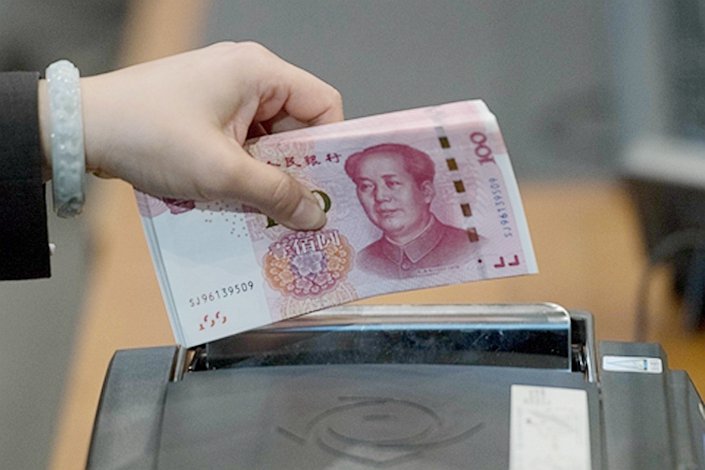 Under a trial launched by Chinese financial regulators, certain multinational corporations including oil giant Royal Dutch Shell PLC will be allowed to convert their yuan funds into other currencies more freely.

The pilot program marks part of China’s efforts to push for the internationalization of the yuan.

The first part of the trial, which will take place in Beijing and the southern tech hub of Shenzhen, will involve major multinational firms with relatively high credit ratings and aims to facilitate their cross-border use of funds, according to a joint statement (link in Chinese) published by the People’s Bank of China (PBOC) and the State Administration of Foreign Exchange (SAFE) on Friday.

Under the trial, the multinationals will be able to buy foreign currencies at will within certain limits and deposit the money into the major domestic bank accounts of their cross-border cash pools for overseas payments, the statement said.

Industry insiders say the new rule may mark a breakthrough in the opening up of China’s capital account — which, translated from economics jargon, involves the purchase and sale of assets and liabilities such as stocks and bonds.

Currently, multinational firms in principle need to seek SAFE approval every time they want to buy foreign currency in China under the capital account, several regulators and bankers told Caixin. Such controls deny businesses the freedom to buy and sell foreign exchange at will to hedge against currency fluctuations.

Read more
In Depth: What’s Next for the Yuan After Crushing the Dollar for Six Months

In contrast, firms can basically convert their yuan funds for real business needs at will under the current account, which involves international goods and services trade, the regulators and bankers said.

The Chinese mainland’s opening up of the capital account has been a slow process, as authorities have been concerned about the risks to its financial stability of allowing capital to flow freely into and out of the mainland.

Five multinationals in Beijing including Shell will take part in this trial, according to a report by the state-run Economic Daily (link in Chinese). The other four are all state-owned enterprises controlled by China’s central government, including oil and chemical giant Sinochem Group Co. Ltd. and aviation conglomerate Aviation Industry Corp. of China Ltd. The companies said the new rule can help them prevent foreign exchange risks, the report said.

The list of participants in Shenzhen remains unknown. Multinationals in the city have set up 193 cross-border cash pools, with the amount of money flowing into and out of the mainland via these pools since the first pool’s establishment amounting to more than $200 billion, according to a Friday press release from the local branch of the PBOC.

Under the pilot program, regulators might set a specific numerical limit on conversions or issue a formula to calculate the limit, a banker involved in international finance told Caixin.

The trial also seeks to unify the management of the multinationals’ foreign and local currency cash pools — which are currently managed separately by SAFE and the PBOC and subject to two sets of rules, causing inconvenience in the cross-border use of funds. The regulators need to design more specific measures to achieve this goal, industrial insiders said.

SAFE and the PBOC will strengthen monitoring and enhance risk assessment to prevent risks resulting from cross-border capital flows when conducting the trial, the statement said.