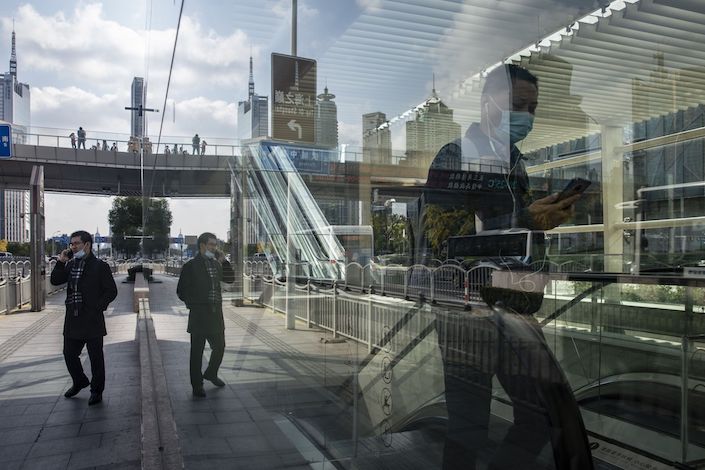 Pedestrians walk through the Lujiazui financial district in Shanghai

Changes in such limits would mark a significant step in China’s push for a two-way opening of its financial markets. Since 2018 China has accelerated expansion of foreign investors’ access to its capital markets through a series of policy changes. Regulators have stepped up relaxing controls over currency and capital flows, including steps to liberalize the yuan following its recent appreciation.

In the article, Ye said China is also considering lifting a quota limit for individuals who take part in stock incentive programs of offshore-listed companies while assisting in the central bank’s push to launch a cross-border wealth management connect program in the Greater Bay Area covering Guangdong, Hong Kong and Macao.

China will expand the quota for the Qualified Domestic Institutional Investors program (QDII) at some point and streamline the quota allocation process, Ye said in the article. The QDII program was launched in 2006 to allow qualified domestic institutions to invest in overseas capital markets. These include commercial banks, insurance companies, securities firms and fund managers.

China will revise rules regulating domestic insurers’ overseas investments and further liberalize the derivatives market for foreign investors, according to the article. Meanwhile, regulators will step up monitoring of cross-border capital flows and crack down on violations, Ye said.