Trending in China: Humor Wards Off the Worst as Moods Darken During Beijing’s Sandstorm 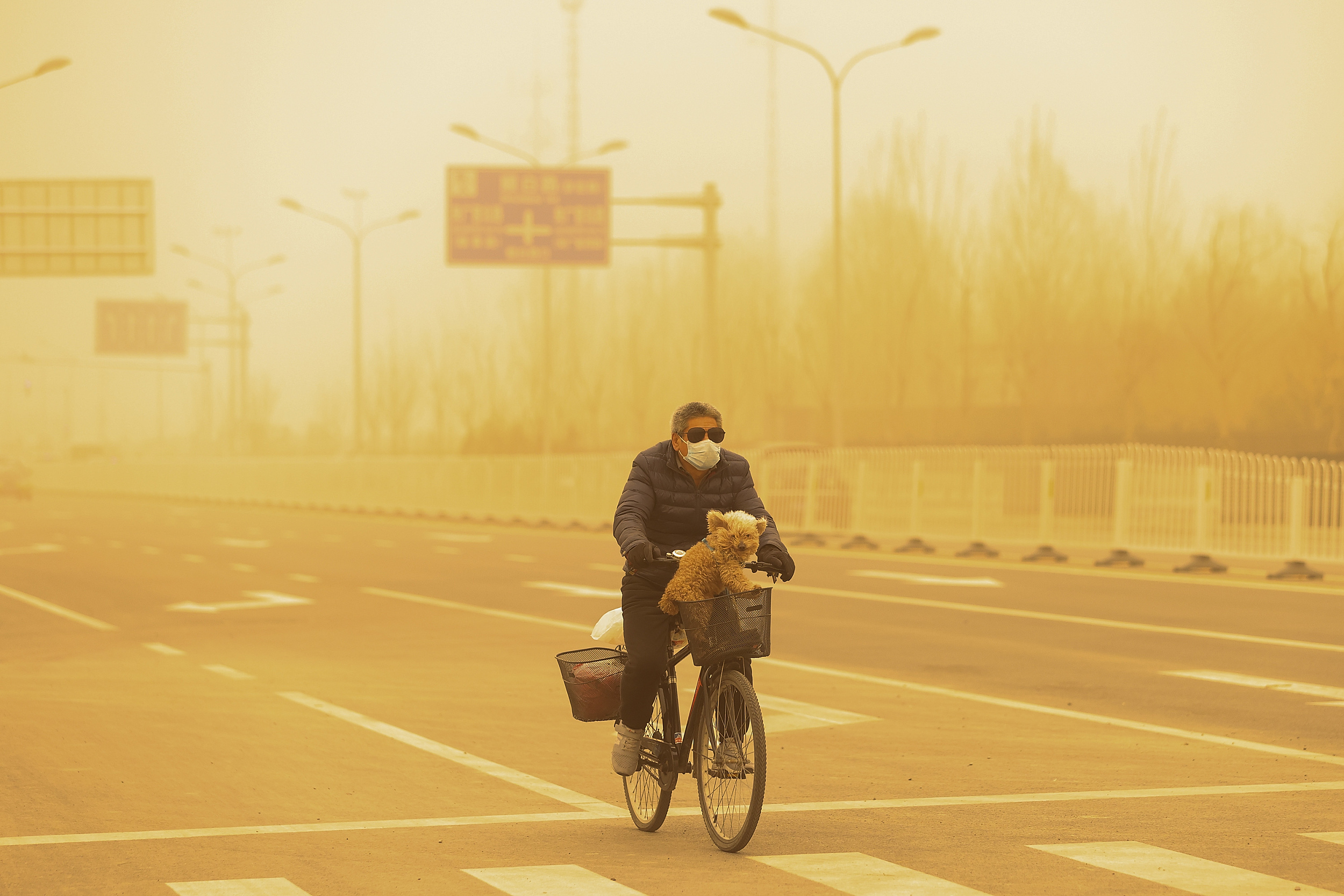 Beijing’s government issued a “yellow” sandstorm and pollution alert at 6 a.m. Monday, 15 March and social media feeds are full of photos and jokes about how the capital’s residents are coping with the environmental hazard.

Monday morning’s Beijing sandstorm stems from Sunday’s massive Mongolian sandstorm that saw 81 people reported missing and several people dead, especially among rural nomadic communities beyond Ulaanbaatar. Having moved towards Inner Mongolia on Sunday night, the sandstorm swiftly reached Beijing carried by winds of up to 30km/ph, where it is expected to last a full day. Just days after China’s annual anti-soil erosion “Tree Planting Day”, it has brought off-the-chart pollution to the city, as older people and children are advised to stay indoors, and everyone else is warned against outdoor activities.

Although by noon on Monday, the sandstorm had receded somewhat, it was the widest and heaviest sandstorm the area south of the Gobi desert has seen in a decade.

Young social media users initially amused themselves with nostalgia for a “good old sandstorm” the likes of which they hadn’t seen since their childhood, but some noted that the excitement was tinged with concern this time, as they were suffering from breathing problems on the approach of the “apocalyptic” weather system.

The Beijing sandstorm may last no more than a day, but it has generated many memes spanning history, movies, politics, and art. Many remarks compared photos of Beijing today with the yellowing canvases of classic landscape paintings from the Song dynasty, saying the sandstorm took them back in time. Others continued the theme saying that when it snowed in Beijing, photos looked like the sparser art of the Beiping [Republican] era of the 20th century.

The yellow weather warning did not oblige companies to let people take the day off work, and despite more flexible working conditions brought in by the pandemic, many office workers still squeezed into rush hour subways to make it to the office in time. One meme touched on this. “Go to work like a good staffer,” the text said. “Yellow weather leaves no stain on the good-hearted.” An image of a white-furred pooch was overlaid with, “There are no troubles at work, [that can’t be tackled by] brave little doggies.”

One photo montage resorted to a reliable trope from Chinese history, saying “Leaving home – as valiant knights on horseback; on the way – riding galloping horses into battle in the desert; arriving at the office – as calcified sandy-colored terracotta warriors.”