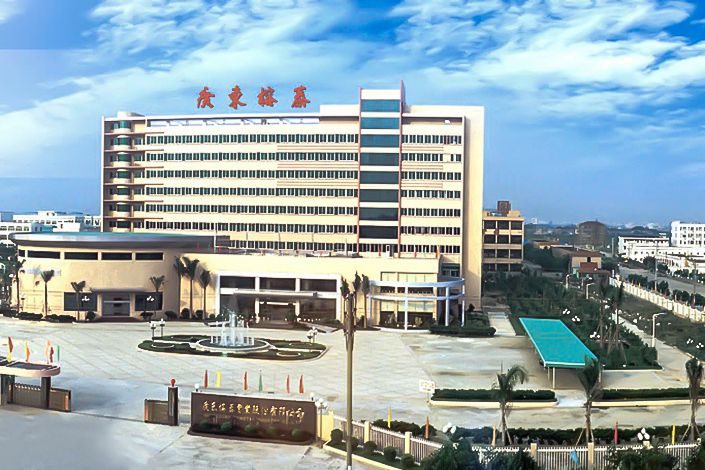 China’s stocks regulator plans to slap massive fines on a Shanghai-listed chemicals manufacturer and some of its senior executives and staff, sending a message to the markets that it is prepared to use stronger powers of punishment allowed in the revised Securities Law.

Guangdong Rongtai Industry Co. Ltd. (600589.SH), its chairman and some employees are facing penalties adding up to a total 15 million yuan ($2.3 million) for falsifying profits and information disclosure violations, according to a company filing (link in Chinese) to the bourse published Saturday. The scale of the fines reflects the provisions of the updated legislation, which went into effect in March 2020 and allows for far steeper financial sanctions on those found to have broken laws and regulations.

The regulator is proposing a total fine of 3 million yuan on the company including a 2.5 million yuan penalty for disclosing false information in its annual reports, a violation that carries a maximum financial penalty of 10 million yuan. That compares with the maximum fine of 600,000 yuan the same offence would have incurred under the previous version of the law. The regulator said the company has the right to appeal against the punishment, which was given in a notice from the Guangdong province branch of the China Securities Regulatory Commission (CSRC).

The revised Securities Law tightened a variety of rules (link in Chinese) on information disclosure. The regulator accused Guangdong Rongtai of failing to issue its 2019 annual report by the deadline of April 30, 2020 and of inflating its profits by a total of 55.3 million yuan in its 2018 and 2019 reports. The company also failed to disclose its true relationship with four companies, three of whom were involved in related-party transactions, and lied about the relationship in its response to a regulatory enquiry letter from the Shanghai bourse, according to the company’s filing.

Guangdong Rongtai’s chairman and actual controller, Yang Baosheng, is facing a penalty totaling 3.3 million yuan for his role in the misconduct along with a three-year ban on any involvement in the securities market, according to the filing. The regulator intends to fine Chief Financial Officer Zheng Chuanjia 1.6 million yuan, while 13 other staff members will face fines ranging from 200,000 yuan to 800,000 yuan each for their roles in the misconduct.