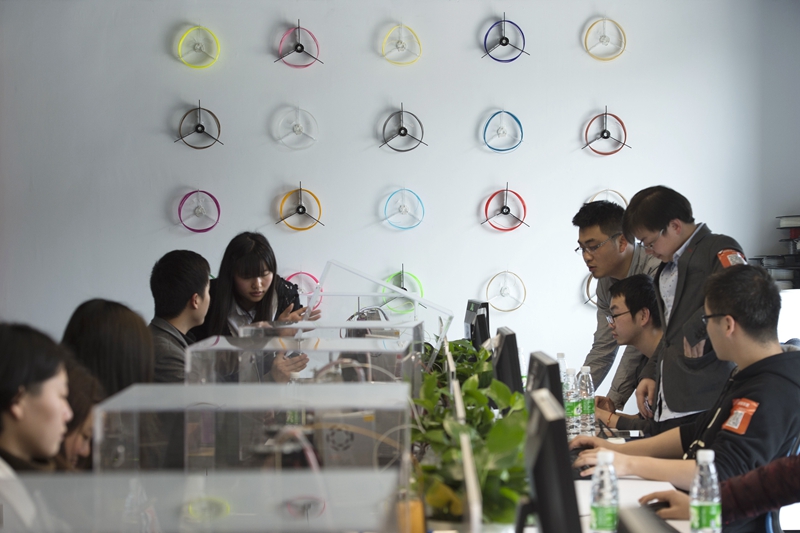 Chinese venture capitalists and private equity investment funds are at a crossroads as the 10 trillion yuan ($1.6 trillion) market faces a slowdown worsened by the Covid-19 pandemic. The once-freewheeling industry needs more effective regulatory oversight and self-discipline to stop a three-year decline, analysts said.

There are nearly 15,000 VC and PE companies in China’s private investment market that managed 10.62 trillion yuan ($1.6 trillion) as of the end of August. The sector ballooned from scratch in about 20 years, thanks to the country’s efforts to liberalize capital markets and restructure public listing systems. The 70-year-old American private investment industry has about 1,700 companies managing $5.74 trillion as of September 2019.

As business in China slowed, the industry has become increasingly polarized with bigger players growing stronger and smaller ones struggling to survive, analysts said. Meanwhile, more risks have been exposed after years of investment frenzy featuring substandard investors, risky investments and inadequate regulatory oversight, they said.

“VC and PE are very good businesses, but how did they become such a mess?” said one regulatory official. The current supervisory system has been inadequate, he said.

Supervision of China’s private investment market has long been fragmented with regulatory duties divided between the National Development and Reform Commission (NDRC) and the China Securities Regulatory Commission (CSRC). It wasn’t until 2013 that a central government document clarified the CSRC’s leading role in supervising VC and PE firms. However, in practice the regulatory boundary has remained blurry, allowing misconduct to thrive in regulatory and legal gaps, analysts said.

The CSRC has been exploring ways to better manage the industry but still has many unresolved issues, a CSRC official said.

“It hasn’t yet figured out a better way,” he said.

One industry expert blamed the lack of an overarching law to guide the industry. Private equity investments in China are mainly regulated by the Securities Law, the Securities Investment Fund Law, the Corporate Law and the Partnership Enterprise Law, but there are contradictions and gaps between the laws and between different regulatory bodies, the expert said.

Authorities have pushed forward changes in hopes of improving supervision. Most recently, the CSRC proposed that local governments play a greater role in overseeing local VCs and PEs. But Caixin learned that the idea is opposed by some local officials citing lack of capacity.

A senior regulatory official said no matter how the supervisory duties are distributed, the key issues are to tighten market entry requirements and closely monitor every step of business operations.

“Supervision should differ based on different risk levels to allow businesses to grow,” the official said.

While regulators consider an overhaul, venture capitalists and private equity investment companies face imminent challenges as the Covid-19 pandemic adds to fears that some of them may be stranded by an ebbing tide.

“At least half (of the investment companies) will fail after the pandemic,” said Chen Wei, chairman of Oriental Fortune Capital Co. Ltd., a Shenzhen-based venture capital firm.

The pandemic may have held back many Chinese private equity investment operations, but apparently not the leading ones. During the first eight months this year, major venture capital company Hillhouse Capital Group clinched 54 investment deals involving 71.2 billion yuan, up 690% from a year ago to a record.

“Amid the pandemic, many funds faced difficulties in raising money and making investments,” said Fang Yuan, founding partner of Starquest Capital. “But there are also good companies that have had their busiest time in two to three years.”

Small and medium-sized institutions are under greater pressure. A manager at a small PE in Shanghai said his company dropped an investment plan this year after several investors changed their minds because of the pandemic. A Xiamen-based PE manager said his company hasn’t raised a penny this year.

Disruption caused by the pandemic added to pressure on managers of private investment funds, which have felt the pinch since 2018 after the issuance of sweeping new rules for the asset management market. The new regulations raised the threshold for market entry and tightened scrutiny of capital flows to contain shadow lending and risky investments, making it difficult for many VCs and PEs to raise money from banks, a main source of their funding.

“More capital with long-term investment goals such as pension funds and social security funds should be encouraged to enter the market,” Chen said.

It is also a challenge for Chinese investors to find a proper exit.

“Only a small number (of investors) can exit through initial public offerings” (IPOs), said a manager at a medium-sized PE company in Shenzhen. “It partly depends on luck. (The market) is dominated by leading players.”

Although recent revisions to IPO rules offered VC and PE investment businesses a better chance to exit, the high valuation of tech companies still casts a shadow over their returns, analysts said.

Difficulties raising money and exiting investment are catastrophic to the industry, Chen said.

“Many small institutions won’t survive, and the situation will become even worse after the pandemic,” Chen said.

China has yet to adopt a general law to guide private markets. Instead, VC and PE investment and fund management activities are subject to several regulations issued by different government departments, which are fragmented and sometimes contradictory.

In 2013, the central government designated the CSRC to take the lead role in overseeing VC and PE funds with assistance from the NDRC. The next year, the CSRC issued a set of guidelines as general rules to regulate privately offered funds.

In 2015, the CSRC started drafting broader private equity investment regulations that are set to be written into law to serve as the regulatory framework for the industry. However, the final draft has yet to be released.

The slow progress is partly due to disagreement by the NDRC, which opposes the current registration system for VC and PC companies, calling it an administrative intervention, people familiar with the matter said.

The CSRC requires all VC and PE managers to register with the Asset Management Association of China (AMAC), a self-regulatory body of fund management companies set up in 2012. But there have been widespread complaints that the association is more like a semi-governmental organization that creates administrative hurdles rather than serving the industry as a self-regulatory body should do.

One highly debated requirement set by the AMAC restricts fund managers to managing only one type of product that they register with the association, meaning they can’t manage different types of products at the same time such as privately offered securities investment funds, private equity funds and venture capital funds.

“Institutions should be able to decide what kind of funds they want to manage,” a regulatory official said.

Experts like Shen have argued that the administrative registration system should be replaced by mechanisms that closely monitor business operations and that the AMAC’s power of controlling market entry should be scrapped. Other experts suggested a more moderate way to restructure the AMAC to reduce its administrative power and transform it into a true self-discipline body.

Arguments over supervision also focus on how central and local authorities should share the responsibility for dealing with risks related to VC and PE funds. Caixin learned that the CSRC since 2019 has considered transferring part of the supervisory duties to local financial regulators.

“The CSRC wants to put risk control tasks at the local level,” a person close to the CSRC said. “It is impossible to deal with everything in Beijing.”

But local officials are reluctant to take over, partly due to limited manpower. One local financial regulatory official said that since the market entry of VC and PE companies is centrally controlled, it shouldn’t be local authorities’ responsibility to manage risks.

“It is impossible for local authorities to deal with all of the private equity investment risks based on our current capacities,” the official said.

The role of government

One distinctive characteristic of China’s private equity investment market is the significant share of government funds.

Chinese governments since the early 2000s have created a large number of government guidance funds and industry funds to act as limited partners in private equity investments to attract private investors to certain sectors.

By the end of June 2019, there were 1,686 investment funds set up by central and local governments which raised a combined 4.13 trillion yuan, according to Zero2IPO Research. That would be more than a third of the industry total.

State capital has become the main funding source of China’s VC and PE funds in recent years, an industry analyst said. He estimated that about 75% of funds raised by leading PE firms come from local and central government-backed funds.

One official said governments have used equity investments as a major market tool to guide the implementation of industrial policies and stimulate local investment, fueling a boom in government guidance funds.

Jiang Yucai, vice president of Shenzhen government-backed Shenzhen Capital Group Co. Ltd., said it is a challenge for government guidance funds to find a balance between their fiscal requirements and market operations.

A PE industry source said government guidance funds should be scrapped as they “made no good” to the industry.

But another industry source said it is unrealistic to completely get rid of government-backed funds under China’s market conditions, and a more feasible solution would be to push forward changes to make the operation of the funds more market-oriented and professional.