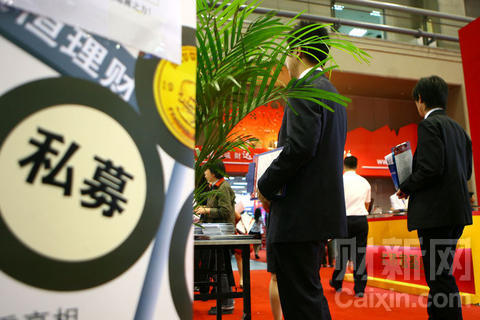 Industry regulatory body warns of risks from the concentration of the private fund industry. Photo: VCG

The Asset Management Association of China (AMAC), a self-regulatory association of fund management companies, warned at a recent internal meeting that some companies have set up expansive webs of private fund management operations to handle complex investment and fundraising, posing systemic risks.

According to a senior official of the association, the controlling shareholder of an eastern China-based conglomerate controls about 400 fund management firms that invested in each other’s products, according to a person at the meeting, without naming the conglomerate.

Hong Lei, chairman of the AMAC, warned in late September of risks associated with the emergence of large conglomerates in the private fund industry. Fund managers could act in concert to serve their own capital needs and transfer benefits among affiliated companies, hurting the interests of investors, Hong said. He called for more scrutiny of such practices and creation of a long-term mechanism to cope with the risks.

According to Hong, privately owned fund managers have been enthusiastic about expanding into conglomerates with businesses spanning sectors to benefit their fundraising needs. Meanwhile, some local government fund managers have also set up layers of companies to meet certain administrative goals. In addition, some investors that are unqualified for private fund also used complicated shareholding structures among affiliated companies to skirt rules, Hong said.

The inspection also found that about 3,000 private funds were in arrears on repaying investors, with default periods averaging six months.

AMAC officials at the recent meeting pledged to enhance scrutiny of the industry and tighten control on fund registration. Funds that offer guaranteed yields or use the money to invest in unqualified projects such as real estate will not be registered, according to the association.

By the end of August, China had 24,368 registered private fund managers with 79,210 products worth a total of 13.38 trillion yuan, according to the AMAC.