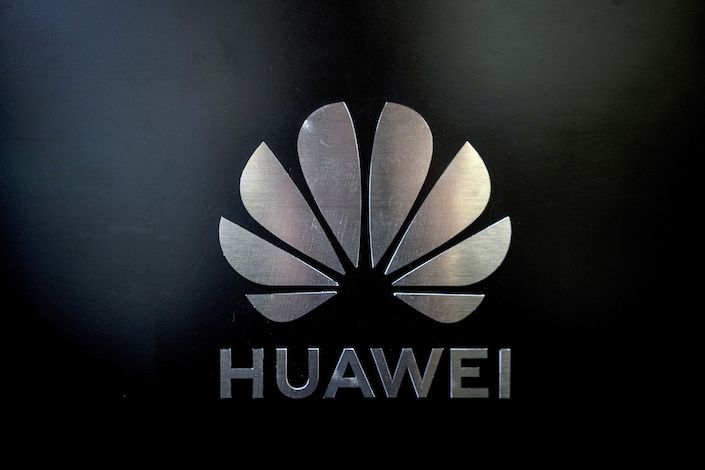 The logo for Huawei Technologies Co. is seen at the company's event to unveil the "Balong 5000" chip for 5G devices in Beijing

The owner of the world’s largest portfolio of 5G patents will negotiate rates and potential cross-licensing with the iPhone maker and Samsung Electronics Co., Chief Legal Officer Song Liuping said. Huawei aims to get paid despite U.S. efforts to block its network gear and shut it out of the supply chain, but the company said it would charge lower fees than rivals like Qualcomm Inc., Ericsson AB and Nokia Oyj.

Huawei should rake in $1.2 billion to $1.3 billion in patent and licensing fees between 2019 and 2021, executives said without specifying how much would stem from 5G. The company is capping per-phone royalties at $2.50, according to Jason Ding, head of Huawei’s intellectual property department.

China’s largest technology company by revenue wants a seat at the table with tech giants vying to define the rapidly evolving field of connected cars, smart homes and robotic surgery. The battles over profits from 5G may dwarf the size and scope of the tech industry’s first worldwide patent war — over smartphones.

But having only just become a major player in 5G standards boards, Huawei is now grappling with U.S. sanctions that have all but crippled its smartphone business and threaten to hamstring its networking division abroad.

Companies like Qualcomm thrive on charging royalties for technology they supply to clients like Apple. The two mobile giants have clashed bitterly over what Apple called an unfair $7.50 royalty on every iPhone, which Qualcomm defended as a small price to pay for fundamental technology.

Huawei executives stressed that American sanctions shouldn’t affect the company’s ability to cross-license with U.S. companies because those patents are publicly available. The company intends to plow patent fees back into research to maintain its competitive position versus Ericsson and Nokia.

Disputes over patents are likely to escalate as 5G goes mainstream, enabling a host of future applications from autonomous cars to the internet of things. Companies worldwide have fought over who will profit from fundamental technology in cases that have pitted patent owners including Qualcomm and Ericsson against those that use the systems in their products, such as Apple. Regulators and courts around the world continue to grapple with how to value patents for essential technology and whether their owners have any rights to limit the use of the inventions. Huawei executives didn’t say how they would enforce their patents.

It’s a thorny issue of growing importance as the world transitions to 5G. The value of standardized technology was a key issue in the smartphone wars that pitted the developers of wireless technology like Nokia, Qualcomm and Motorola against then-new entrants such as Apple and Microsoft Corp. The new disputes are potentially more lucrative as sales of devices using 5G are forecast to grow to $668 billion globally in 2026 from just $5.5 billion in 2020, according to Allied Market Research.