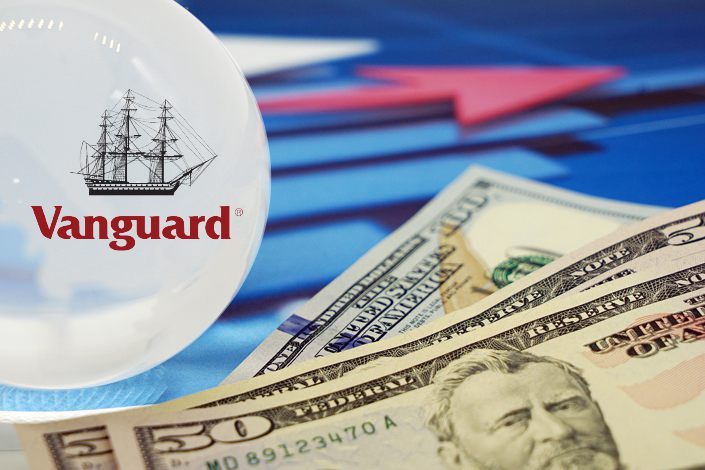 A source close to the financial authorities told Caixin that the regulatory review of Vanguard’s application was going smoothly and it would have been approved in the coming two to three months.

The Vanguard Group Inc., one of the world’s biggest asset managers, said it has dropped plans to set up a wholly owned mutual fund company in China, and will instead focus on growing its business in the country through its robo-advisory joint venture with Chinese fintech giant Ant Group Co. Ltd.

The surprise shift in the American fund manager’s China strategy comes as most of its global rivals such as BlackRock Inc. are moving to take control of their joint ventures or set up wholly owned operations after the government scrapped foreign ownership limits in April 2020.

Vanguard, which has more than $6 trillion of assets under management globally, has paused its application for a mutual fund license, the Malvern, Pennsylvania-based firm said in a statement Monday.

“Over the past year, through the firm’s joint venture with Ant Group, Vanguard gained valuable insight into the size and scope of the demand for investment advisory services among individual investors in China,” the company said in an English-language statement sent to Caixin. “At this stage, Vanguard believes it can bring more value to investors through the JV advisory, in light of the large, existing field of mutual funds and a small market for direct-distribution of funds.”

Vanguard said it remained committed to the Chinese market and “will continue to assess business opportunities and evaluate the market conditions, to explore effective ways to serve Chinese investors.” But it acknowledged the shift in strategy will lead to layoffs in Shanghai where its China operations are based. A team will remain in the city focused on supporting the joint venture and carrying out policy and market research, and business development, but employees hired to work at the mutual fund business will be made redundant. That will involve about half of the workforce, the company said, without saying how many people will be affected.

The suspension of its license application marks a major turnaround in Vanguard’s China strategy. In August, the company said that it would wind down its Hong Kong operations and that its primary office in Asia would be located in Shanghai given its plan to focus more on the Chinese mainland. In September, it announced it was preparing to apply for a license for a wholly owned mutual fund unit and that it had hired Luo Dengpan, a former financial regulator as general manager of the subsidiary. Luo will be kept on, sources with knowledge of the matter told Caixin.

A source close to the financial authorities told Caixin that the regulatory review of Vanguard’s application was going smoothly and it would have been approved in the coming two to three months. “Vanguard is one of the most well-known mutual fund firms in the world,” the source said. “Of course, the Chinese market welcomes it, and allowing it to set up wholly owned subsidiaries is also a sign of China’s openness. We also hope to learn from its success.”

There has been speculation that Vanguard may have been deterred by the process of growing the business on its own in a highly competitive market where it lacked distribution channels, and by administrative red tape. According to China’s securities law, foreign fund companies are not allowed to share documents about their securities-related activities on the mainland with overseas entities without the permission of the China Securities Regulatory Commission and other relevant central government bodies. That means foreign firms have to go through a time-consuming process of building a completely new and independent management system on the mainland before starting such businesses, a person with knowledge of the matter told Caixin.

Also, it remains unclear whether Vanguard’s direct sales model, in which the firm sells mutual funds to its clients, can work for China, a source close to Vanguard’s management said. In China, banks and tech giants dominate distribution channels and help fund companies sell these financial products in exchange for a commission.

The tie-up with Ant Group will potentially give Vanguard access to the Chinese fintech giant’s more than 700 million active users. The joint venture, which is 51% owned by Ant Group and 49% by the U.S. fund manager, obtained regulatory approval to offer investment advisory services to retail clients in late 2019.

Users can set parameters such as target yield and risk appetite which are then used to come up with computer-generated portfolio suggestions. The service carries a minimum investment requirement of 800 yuan ($123) and charges users an annual fee equivalent to 0.5% of assets under management.

The service’s customer base almost doubled to 940,000 at the end of February from about 500,000 at the end of last year, Bloomberg News reported, citing a source it didn’t identify. Its assets under management jumped 60% during the same period to 6.9 billion yuan, according to the report.

However, some industry insiders have questioned (link in Chinese) the money-making potential of investment advisory services as Chinese investors have traditionally not paid for advice and are still reluctant to do so. The service could also face regulatory challenges as Chinese authorities tighten scrutiny of the country’s fintech giants, especially Ant Group.