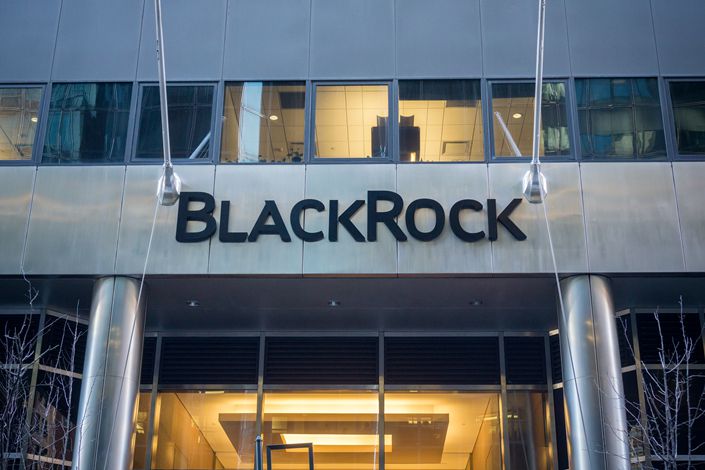 Global money manager BlackRock Inc. is liquidating some of its Chinese private funds to comply with local regulations as it shifts focus to its new mutual fund business in the country.

BlackRock in August received approval from China’s securities regulator to set up a wholly owned mutual fund management company (link in Chinese) as part of the firm’s ambition to expand the scale of its business in the Chinese mainland market.

New York-headquartered BlackRock has operated privately offered fund business in China for several years. At the end of 2017, BlackRock Investment Management (Shanghai) Co. Ltd. registered with the Asset Management Association of China (AMAC) as a private fund manager to raise money from eligible onshore investors to invest in the A-share market.

Prior to that, BlackRock Overseas Investment Fund Management (Shanghai) Co. Ltd. was set up in Shanghai in August 2015 as a Qualified Domestic Limited Partner, allowing it to raise funds from the mainland for investment in overseas markets.

However, to move forward with its mutual fund plans, BlackRock now has to halt its private fund operations to comply with regulatory requirements.

BlackRock Investment Management (Shanghai) has three private fund products registered with the AMAC, managing a total of nearly 1 billion yuan ($150 million), data from the AMAC showed. One of the products has already been liquidated ahead of schedule, according to an AMAC announcement (link in Chinese).

BlackRock also plans to liquidate another private fund, it said in a notice sent to investors obtained by Caixin, in which it said the decision was made because the data processing limitations of its local system provider mean the fund will be hard to be incorporated into its mutual fund platform.

It remains unclear how the fund manager will handle the third private fund product. BlackRock didn’t respond to Caixin’s request for comment on the product. A lawyer told Caixin that generally, fund managers can forcibly liquidate private funds if there’s force majeure, including changes in investment strategy due to regulatory compliance.

Meanwhile, BlackRock has picked the leadership of the new mutual fund manager — BlackRock Fund Management Co. Ltd. — which was established with registered capital of 300 million yuan.

Tang Xiaodong, who joined BlackRock in 2019 and previously worked at China’s securities regulator, has been appointed chairman of the new firm. Zhang Chi, who joined BlackRock in March and had previously worked at Sino-U.S. joint venture Everbright Pramerica Fund Management Co. Ltd., has been named a director of the board and general manager of the new mutual fund firm.

In addition to its mutual fund business, BlackRock also intends to dip its toes into the China’s multi-trillion-dollar wealth management industry. In August, the banking regulator approved the establishment of a wealth management joint venture to be set up by BlackRock, Singapore’s Temasek Holdings Pte. Ltd. and state-owned China Construction Bank Corp.

A source close to BlackRock told Caixin the company has about 35 employees on the Chinese mainland who operate the planned wealth management venture, as well as private and mutual fund businesses.