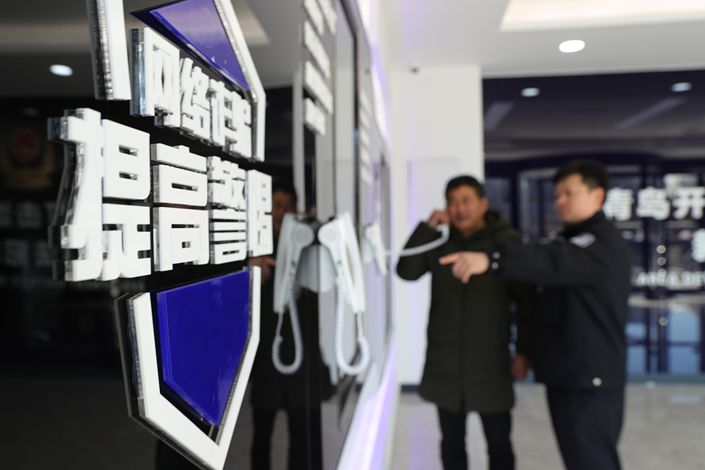 Local police in the North China city of Cangzhou said they’ve arrested 13 people accused of carrying out telecoms fraud worth over 8 million yuan ($1.2 million) and laundering their ill-gotten gains through a cryptocurrency trading platform.

The use of cryptocurrencies to launder money has increasingly become a problem for police and financial regulators, with cities across the country recently reporting cases involving this practice.

The Cangzhou case offers a glimpse into how this practice is conducted. The suspects confessed that from August to October, they laundered money by trading Tether Ltd.’s USDT, a cryptocurrency linked to the value of the U.S. dollar, according to a police statement (link in Chinese) published on March 11.

The suspects, who were allegedly involved in 143 cases of telecoms fraud, bought USDT with illicit gains from the fraud, then sold the currency on cryptocurrency exchange Huobi and withdrew the now-laundered money from ATMs, eventually transferring the proceeds overseas, the statement said.

The suspects also borrowed others’ bank cards to conduct money laundering, the statement said, which made it more difficult for the police to trace their identities.

China has tightened scrutiny over cryptocurrency money laundering. Last year, police ordered Huobi and OKEx, another virtual-currency trading platform, to strengthen their anti-money laundering efforts by adding video identity verification during transactions to make sure the bank cards linked to a trader’s account actually belong to the trader.

In October, OKEx suspended users’ ability to withdraw cryptocurrency from its platform after its Chinese founder Xu Mingxing was ordered to assist the police in an investigation as the platform might have facilitated money laundering involving gambling, knowledgeable sources told Caixin. Almost all kinds of gambling are illegal in China.