Japanese Carmakers Close In on German Rivals in China 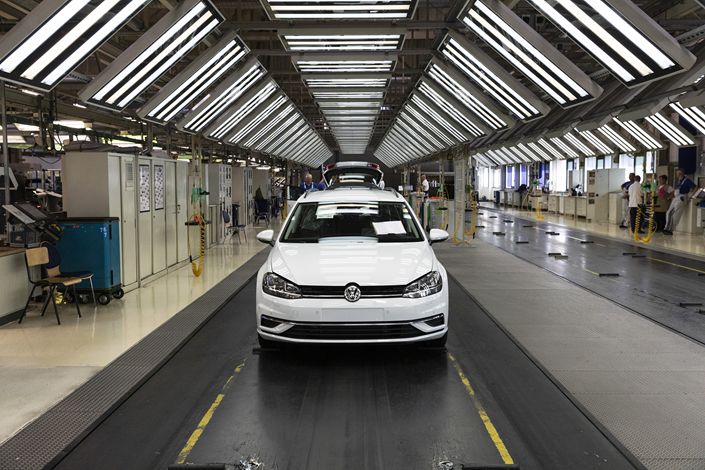 China contributed over 30% of last year’s individual car sales for Volkswagen and BMW, while Daimler sold 36% of its luxury Mercedes-Benz vehicles in the country, according to industry data. Photo: VCG

While German carmakers’ strong China sales helped offset the steep downturn in markets hit harder by the pandemic, their position as the country’s top foreign brands is increasingly being challenged by their Japanese rivals, according to a Chinese car industry group.

China contributed over 30% of last year’s individual car sales for Volkswagen AG and BMW AG, while Daimler AG sold 36% of its luxury Mercedes-Benz vehicles in the country, according to the trio’s recently released annual reports. Volkswagen delivered 41% of its vehicles to China, the most of any of the three.

However the German brands, which have been the best-selling foreign names in the world’s largest auto market for years, are seeing Japanese companies such as Toyota Motor Corp. and Honda Motor Co. Ltd. catch up.

Passenger cars sold by the German brands accounted for 19.6% of sales in China back in 2017, while those of Japanese automakers made up 17%, according to data from the China Association of Automobile Manufacturers (CAAM). Japanese brands had narrowed the gap to just 0.8 of a percentage point by the end of last year, and the latest data from CAAM for the first two months of this year showed that the gap had shrunk further to just 0.2 percentage points.

The growing market for midrange vehicles in China has been a boon for the Japanese, according to CAAM Secretary General Cui Dongshu, who said that the higher-end German brands have not benefitted as much from this trend.

Cui added that the popularity of Tesla’s luxury vehicles has also increased competition at the upper end of the market.

He also said that Japanese brands have copied a successful Volkswagen sales strategy in which the company produces multiple versions of the same model with minor variations that are sold under different names. This helps to boost sales and saves on development costs.

No major Japanese brand has laid out such a specific EV target, but Toyota said last month that it will introduce three EV models in the U.S. after first launching pure electric vehicles in China.