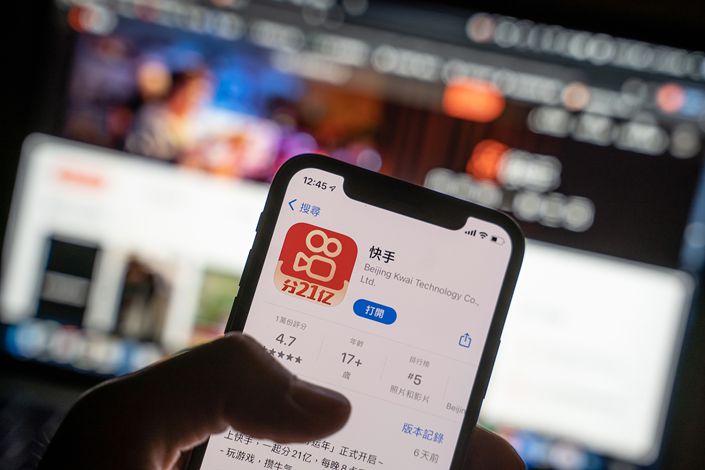 The internet watchdog’s latest campaign with the Ministry of Public Security is aimed at stepping up oversight of new apps to make sure they comply with regulations governing “properties of public opinion” and “capacity for social mobilization.” Photo: VCG

A new group of Clubhouse-style audio-chat copycats and “deepfake” visual generators has landed on the radar of China’s internet regulator, which is concerned over their ability to sway public opinion and “mobilize society.”

The Cyberspace Administration of China said in a Thursday notice that it has summoned staff from about a dozen internet companies to meetings to evaluate relatively new features on their apps, with a special focus on audio-based chatting and “deepfakes” — images in which a person or other parts of the image is replaced with someone or something else.

The internet watchdog’s latest campaign with the Ministry of Public Security is aimed at stepping up oversight of new apps to make sure they comply with regulations governing “properties of public opinion” and “capacity for social mobilization”, according to the statement.

The list of summoned companies includes some of China’s biggest internet names, such as e-commerce behemoth Alibaba Group Holding Ltd., gaming giant Tencent Holdings Ltd., short video rivals ByteDance Ltd and Kuaishou Technology, and smartphone maker Xiaomi Corp. The nation’s regulators have recently stepped up efforts to rein in those giants, though most of those moves have been focused on their monopolistic practices.

The Cyberspace Administration’s latest step is more focused on content, which is its main area of oversight. It pays particular attention to sites with large amounts of user-generated content, and stresses that site operators must constantly police themselves to remove material on subjects deemed politically sensitive or morally “unhealthy.”

Other companies on the regulator’s latest list included Inke Ltd., a Hong Kong-listed livestreaming platform that was one of China’s fastest companies to roll out a Clubhouse-inspired product after the American audio chat original was blocked in the country last month. It launched its own app called Duihuaba, or “Let’s Chat,” whose functional design and interface are very similar to those of Clubhouse’s “drop-in chat” style.

Clubhouse became an overnight global sensation earlier this year, and was blocked in China after some mainland-based users flocked to the platform and hosted discussions on sensitive topics like Xinjiang, Taiwan relations and Hong Kong.

The operator of photo-editing app Quyan was also among those summoned. One of its features, powered by artificial intelligence (AI) technologies, can swap faces in photos or videos with other people’s likenesses. Some people have used this feature to swap faces with high-profile politicians or celebrities in videos and photos that ended up going viral on social media.

In addition to the upcoming round of meetings, the cyberspace authority said it should be informed by all app creators when they prepare to launch new public opinion-oriented internet information services, or deploy related new technologies, according to the statement.

The latest events resemble China’s blocking of Western social media sites Facebook and Twitter and video site YouTube more than a decade ago, which produced a similar wave of Chinese copycats. Imitators to come out of that wave included the Twitter-like Weibo and Tencent’s WeChat, whose popular “moments” function resembles the main “newsfeed” function in Facebook.