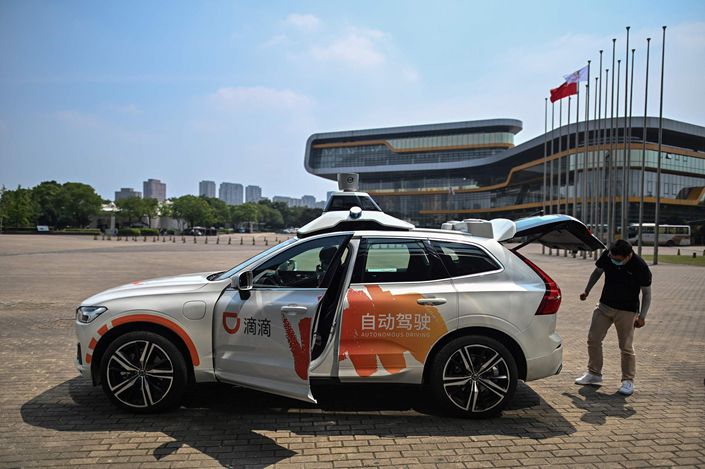 The autonomous driving subsidiary of Didi Chuxing, the largest ride-hailing company in China, has signed an agreement to invest in the research and development of smart internet connected vehicles in Guangzhou, paving the way for the possible future commercial use of its robotaxis in the southern Chinese megacity.

The deal came nine months after Didi started piloting its robotaxi service in Shanghai in a major step towards its ambition of operating more than 1 million autonomous vehicles through its platform by 2030.

As part of the deal signed on Wednesday with Guangzhou’s Huadu district government, Didi will also conduct testing of fully autonomous vehicles in the district. Currently, most robotaxi service operators in China require a safety driver to sit in the car and take control of the steering wheel in case of an emergency, with the exception of Alibaba-backed AutoX, which in January opened a robotaxi pilot program to the public in Shenzhen allowing users to hail autonomous taxis that do not have safety drivers.

In August 2019, Didi spun off its self-driving division as a standalone company three years after its foray into the autonomous driving field. The company said that it currently employs more than 500 researchers to explore and develop technologies such as visual perception and high-definition mapping, which are key to autonomous vehicles.

In China’s emerging robotaxi market, Didi is facing fierce competition from a host of players including Baidu, Pony.ai and WeRide, but none have so far generated any revenue from the trial operations of their services. That could change now that Baidu, which is increasing its focus on self-driving technology, artificial intelligence and cloud computing to diversify its revenue sources, has recently obtained a permit to explore the possibility of charge a fee for its robotaxi service in Cangzhou, a third-tier city in North China’s Hebei province.