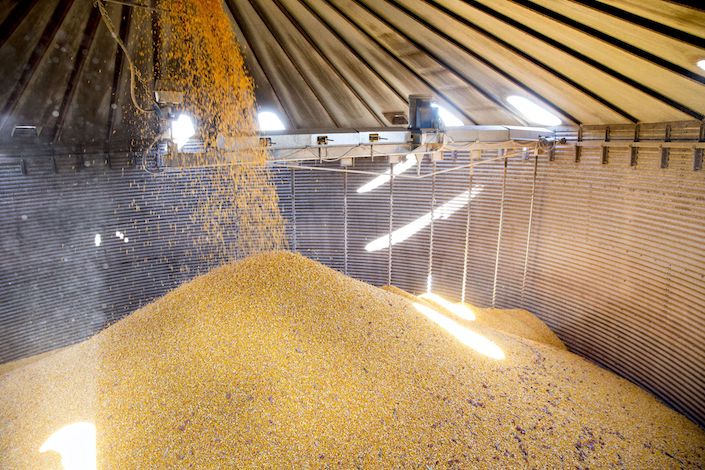 (Bloomberg) — American farmers are selling boatloads of corn to Chinese importers even though the two countries have yet to fully repair relations after a trade war waged by former President Donald Trump.

The U.S. Department of Agriculture announced almost 4 million metric tons of corn sales to China last week. That’s on top of 5 million tons sold in January and February combined, or more than five times the amount a year earlier.

It just goes to show what some U.S. farmers have long been hoping for: When China needs to make big purchases of crops like corn, the country will have little choice but to do business with the U.S.

“As long as the U.S. is the most competitively priced source, trade with China will be outside the noise of politics,” Ken Morrison, a St. Louis-based independent commodity trader, said by email.

During Trump’s trade war with China, the country’s demand for American crops slowed as the world’s biggest buyer of corn and soybeans turned to Brazil to meet its demand. But that also corresponded to a time when China’s hog herd was being ravaged by deadly African swine fever, curbing the need for livestock feed. Now that the pig herd is being rebuilt, demand is on the upswing again. Plus, that’s coming at a time when South American farmers have suffered through some adverse weather and China has depleted its corn stockpiles.

As a result, China has bought a record amount of corn this season, and soybean purchases are running at the highest level since 1991, according to USDA data. That’s sent futures for the commodities to multi-year highs.

There’s even some speculation that the agricultural purchases could portend well for the wider negotiations.

“It’s interesting that the purchases happened the week of the meeting,” said John Baize, an independent agriculture trade analyst based outside of Washington. “China wanted to send a positive signal,” he said. “They are very good at timing things.”

Baize, who also advises the U.S. Soybean Export Council, said he thinks the corn sales to China that the USDA reported last week represented fresh demand, rather than bookings that were made previously and then just switched to American sellers.

Still, China in 2020 fell short of meeting its pledge to buy $36.5 billion in American agricultural goods during the first year of the phase-one trade deal. Baize said he expects robust demand to continue, and that will benefit grain markets even if the country again doesn’t quite meet its commitment, which for 2021 is about $43.5 billion.

“The bottom line is China needs to buy a lot of grain,” said Dan Cekander, a fourth-generation corn and soybean farmer in central Illinois. “It would take something pretty severe to stop China’s purchasing of U.S. agriculture commodities.”