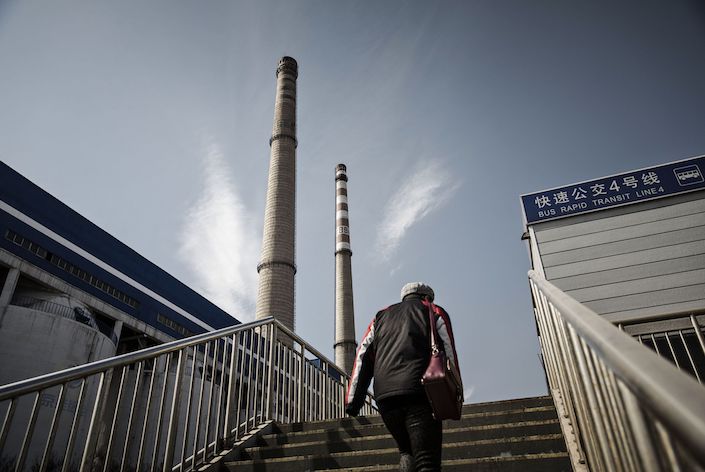 (Bloomberg) — China can peak its carbon emissions in 2028, two years ahead of the government’s schedule, amid a rapid transition away from fossil fuels, according to a think tank headed by the former chairman of the country’s massive power grid.

Electricity sector emissions will top out by 2025 with the entire nation following suit three years later at about 10.9 billion tons, according to Liu Zhenya, who runs the Beijing-based Global Energy Interconnection Development and Cooperation Organization (GEIDCO). He was previously chief of State Grid Corp. of China, the world’s largest utility that covers around 88% of the country.

The government plans to lay out its plans for maximum emissions by 2030 in more detail later this year, Premier Li Keqiang said this month. Other government-backed climate researchers have also proposed blueprints to reach the ambitious goals.

Key to the transformation will be a combination of smart-grid technology, long-distance power transmission lines, and a huge build-out of renewable energy, Liu said on the think tank’s WeChat account. This will require about 122 trillion yuan ($19 trillion) in investment through 2060, he said. Nearly half of that would be spent on clean-power generation, a third on transmission and the remainder on energy-efficiency improvements, Liu said.

While it’s a hefty price tag, it would account for less than 1.2% of China’s gross domestic product over the period.

The plans will have a major impact on coal, oil and natural gas, of which China is the world’s biggest importer. Coal demand will peak around 2025, and oil consumption is set to max out at about 14.9 million barrels a day around 2030, Liu said. Natural gas use will top out at about 500 billion cubic meters in 2035.