By Jasper Liu and Wang Su 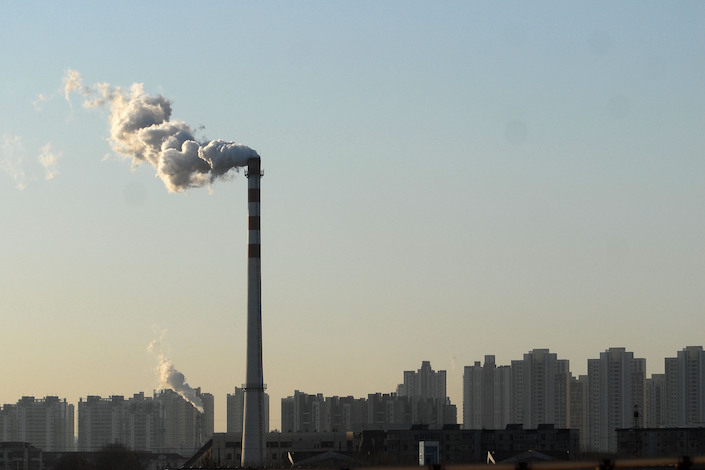 China sets to achieve a carbon emissions peak before 2030 and carbon neutrality by 2060.

To keep that promise, Chinese authorities have begun to take action. A meeting Monday of the Central Financial and Economic Affairs Commission chaired by Xi reiterated the need to reduce greenhouse-gas carbon emissions.

At the annual “Two Sessions” political gathering earlier this month, the National People’s Congress approved a key policy document including climate policies for the next decade and beyond, highlighting the urgency and importance of carbon plans in the Chinese government's agenda. Given the scale and structure of China’s economy, achieving carbon neutrality won’t be easy.

Here are some key facts about China’s carbon reduction plans.

What are the short-term goals?

If 2030 and 2060 are the medium and long-term deadlines, then short-term energy and climate goals are included in the 14th Five-Year Plan under “New Progress Of Ecological Civilization,” one of the six overarching economic and social development goals.

The outline also calls for an expansion in forest coverage rate to 24.1% from current 23%

If China intends to ensure it reaches an emissions peak by 2030 —during the 15th Five-Year Plan, much work needs to be done in the current plan, such as reducing total carbon emissions and setting a path to topping them out. Carbon emission reductions during the 2021–25 period will determine the peak level and further flatten the curve from peak to neutrality. In short, the efforts will be critical to the success of meeting the climate commitments.

What is the key to the goals?

A gradual replacement of fossil energy with nonfossil energy is the key to reaching the ambitious carbon reduction goals, according to Dr. Chai Qimin, director of strategic planning at the National Center for Climate Change Strategy and International Cooperation.

The 14th Five-Year Plan proposes to increase the nonfossil share of total energy consumption to around 20% by 2025 from 15.8% in 2020. Yet that is neither indicative nor administratively binding.

Chai also said that of the increase in carbon emissions during the 13th Five-Year Plan, 80% came from petroleum and natural gas consumption. To transition away from a fossil energy-dominant structure to a nonfossil one, China needs to control total energy consumption and develop nonfossil energy to meet the incremental demands for 2021–25.

What challenges do the goals pose?

It will be like walking a tight rope to balance emission reductions with ever-increasing demand for energy. As urbanization continues and the middle class expands in China, the growth of consumption-related emissions will remain strong, especially energy use by automobiles and houses. The climate commitments have to be realized in a way that will avoid affecting people’s quality of life.

Carbon is considered a constraining factor in infrastructure investment, especially in the energy industry, in the 14th Five-Year Plan. Decision-makers should be cautious in approving new thermal power, coal, chemical and petrochemical plants. An early and massive retirement of high-carbon infrastructure would cause the risk of stranded assets.

The deadline is tight, and changes in the energy structure must be made without hesitation. According to research sponsored by the Energy Foundation, the building and industrial sectors need to achieve peak emissions by 2025 and the transportation sector by 2030–35. For the power sector, carbon emissions should peak and decline rapidly as soon as possible before 2025 to support other sectors while safeguarding energy use.

Although the percentage of coal in China’s energy consumption declined from 72.4% in 2005 to 57.7% in 2019, the share is still high. China’s installed capacity of coal power is the largest in the world, and what’s worse is that more coal power plants are still being built. A worrisome sign is that there was a rebound in coal consumption since 2017. Regulators should stay alert against the coal rebound and local governments’ investment in high-carbon assets.

During the transition, supportive measures should be provided for adversely affected groups. Efforts should be made out of consideration for job security, such as building the social safety net. The establishment of the Just Transition Fund by the European Union is a practice worth learning from.

Why should China achieve the goals?

The goal of achieving peak emission and carbon neutrality is China’s nationally determined contribution under the global Paris Agreement on fighting climate change as well as its commitments to the global community.

China's domestic environmental and climate problems are also a cause. Many cities experience smog and sandstorms, including the capital Beijing, making it politically important to address climate and environmental issues as well.

The significance of the goal is more than climate and the environment. Chinese leaders are determined to leverage the goal to strengthen the country’s future competitiveness by boosting scientific and technological innovation.

“Achieving carbon peaking and carbon neutrality is a broad and profound systemic change, both economically and socially,” Xi said Monday.

Last year was a challenging one for China, but its leaders still chose to make the commitments in front of the world. To a large extent, it was because China has developed quite well in the field of renewable energy in terms of installed capacity, power generation and even the number of patents. China also has a strong presence in new-energy vehicles and green building technologies. Green finance is developing rapidly, and in a short time China became the world's largest issuer of green bonds.

What are the driving forces?

The central government is responsible for the top-level policy design. Apart from 14th Five-Year Plan, more detailed targets such as total carbon emissions have yet to be released.

At the ministerial level, the Ministry of Ecology and Environment will formulate plans on peaking CO2 emissions by 2030 and on energy saving and emission reductions. The National Development and Reform Council and the National Energy Administration will formulate plans for energy, renewable energy, coal and electricity. The Ministry of Industry and Information Technology will develop plans for energy-intensive industrial sectors such as iron and steel, cement, aluminum and chemicals.

For other supporting plans, the Ministry of Ecology and Environment also is targeting the launch of a nationwide carbon emissions trading system by June, while the People’s Bank of China is crafting a package of policies to support finance for green development. Local governments will also carry out implementation measures.

As the most important entity on tech and business innovation, enterprises are taking actions, too. Especially state-owned enterprises will accelerate their actions for the sake of political conformity, and many of them have proposed their own roadmaps to achieving peak emissions and carbon neutrality. Many enterprises regard the goals as an opportunity rather than a constraint and are actively developing low-carbon and carbon-capturing technologies.

Jasper Liu and Wang Su are analysts at Caixin Insight, the research arm of Caixin Group.