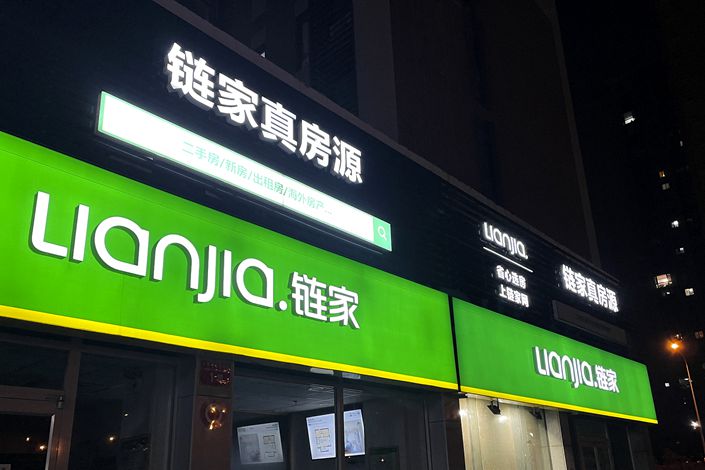 Shanghai is also planning to implement new enrollment policies for its high schools.

Spurred by a surge in so-called “school district house” prices in the past year, Shanghai is tightening scrutiny of its booming real estate sector in line with China’s broader campaign to curb property speculation.

Shanghai’s housing authority said in a Friday statement (link in Chinese) that the Shanghai Real Estate Broker Trade Association, a local industry group, has launched a campaign to rein in price inflation and to prevent sellers from advertising houses by emphasizing that they are in a desirable school district.

The authority said that 14 major real estate brokers, including Lianjia, have signed an agreement to stop using “school district houses” in their promotions.

The government also aims to crack down on false or misleading information published in house listings. In November, Shanghai Real Estate Trading Center released new rules (link in Chinese) that require real estate brokers to submit information about listings to verify their authenticity, starting from Dec. 15.

To comply with the provisions, Lianjia, one of the country’s top real estate brokers with an extensive chain of brick-and-mortar outlets in addition to its online presence, on Saturday removed tens of thousands of listings in Shanghai from its online platforms. The cull reduced the number of listings from about 38,000 on Friday to 16,000. On Monday, the website showed about 20,000 listings.

A Lianjia representative told Caixin that it had temporarily removed listings which did not fulfill the requirements of regulatory bodies and it is asking landlords to provide additional material to verify them.

“It’ll take a while because Lianjia has a relatively large number of listings,” the representative said.

To stabilize the Shanghai market, particularly booming in the second half of last year, and prevent speculation, the local authorities in January issued an order to tighten control (link in Chinese) over house purchases, including restricting purchases by newly divorced people.

A significant part of the city’s crackdown has centered on school district housing. In China, living close to a school is sometimes a prerequisite to a child’s enrollment and it can drive up property prices around the most competitive institutions.

Lianjia has removed related information about school district houses from its online platforms. The company told Caixin the government hopes to downplay the focus on school district homes and instead promote education equality.

Zhang Dawei, chief analyst at Centaline’s research center, has said demand for school district housing had increased due to the Covid-19 pandemic when many students cancelled plans to study abroad.

In 2020, new houses in Shanghai were traded at 55,994 yuan ($8,600) per square meter on average, up 2.5% from the previous year, according to data from property consultancy China Real Estate Information Corp.

However, the price increases for school district homes were higher than average due to property speculation. For example, the average price for a new home in the Sanlin area of Pudong reached 99,359 yuan per square meter in 2020, up 17.7% year-on-year, the data showed.

Shanghai is also planning to implement new enrollment policies for its high schools.

Last week, the Shanghai Municipal Education Commission issued new measures (link in Chinese) that will require some key high schools to distribute about 50% to 65% of their admission quotas to district education bureaus or eligible middle schools.

This means more students who live outside of the school districts of certain high-ranked high schools will be considered for admission.